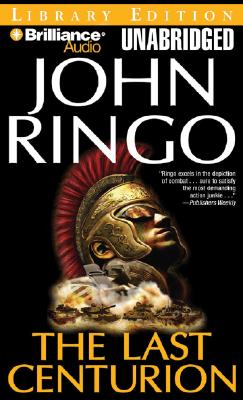 In the second decade of the twenty-first century the world is struck by two catastrophes: a new mini ice age and, nearly simultaneously, a plague that dwarfs any in recorded history. Rising out of the disaster is a character known as Bandit Six, an American Army officer caught up in the struggle to rebuild the world and prevent the fall of his homeland despite the best efforts of politicians both elected and military. The Last Centurion is a memoir of one possible future, a world that is a dark reflection of our own. Written blog-style, it pulls no punches in its descriptions of junk science, bad strategy and organic farming - not to mention all three at once. I am your Centurion. This America shall not fall John Ringo's novels are] peopled with three-dimensional characters and spiced with personal drama as well as tactical finesse. Library Journal John Ringo's done it again Ghost is a complete adrenaline rush, filled with nonstop, kick-ass action and hair-raising suspense. Richard Marcinko on Ghost Selected from AudioFile as an Earphones Award Winner.