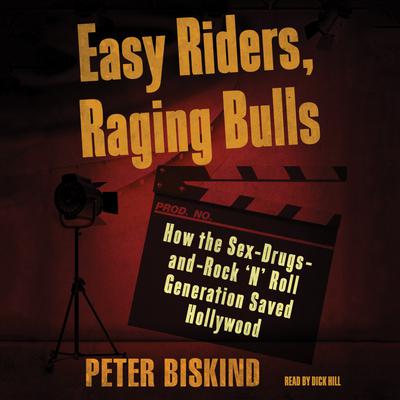 When the low-budget biker movie EASY RIDER shocked Hollywood with its success in 1969, a new Hollywood era was born. This was an age when talented filmmakers such as Scorcese, Coppola, and Spielberg, along with a new breed of actors, including DeNiro, Pacino, and Nicholson, became the powerful figures who would make such modern classics as THE GODFATHER, CHINATOWN, TAXI DRIVER, and JAWS, Easy Rider, Raging Bulls follows the wild ride that was Hollywood in the 70’s – an unabashed celebration of sex, drugs and rock ‘n’ roll (both on screen and off) and a climate where innovation and experimentation reigned supreme.

"Peter Biskind's great, scathing, news-packed history...is one hell of an elixir--salty with flavorsome gossip, sour with the aftertaste of misspent careers, intoxicating with one revelation after another...an 'A.'" --Mark Harris, Entertainment Weekly