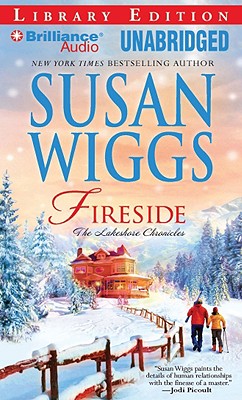 Baseball hopeful Bo Crutcher is about to get his shot at the majors. That is, until life throws him a curveball. When AJ, the son he's never met, lands on his doorstep, Bo's life becomes a whole new ball game. He needs help fast. Enter Kimberly van Dorn. Hired to smooth Bo's rough exterior for the media, she expects the kind of shallow pro athlete she's used to handling. But Bo is willing to sacrifice everything for his vulnerable son. Kim can train him to hit a home run with the press, but over a breathtaking winter on frozen Willow Lake, she realizes he has far more to teach her about the game of life and putting love first. With the ease of a master, Wiggs introduces complicated, flesh-and-blood characters into her idyllic but identifiable small-town setting. Publishers Weekly, starred review, on The Winter Lodge (Best Books of 2007 selection)