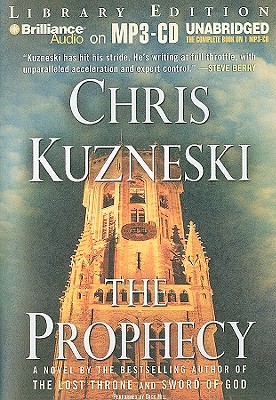 Michel de Nostredame, the French apothecary commonly known as Nostradamus, has gained a cultlike following since the sixteenth century. His loyalists credit him with predicting numerous world events the Great Fire of London, the rise of Napoleon and of Hitler, the nuclear destruction of Hiroshima. Although much has been learned about Nostradamus over the centuries, his most important collection of prophecies has remained hidden . . . until now. The discovery of a puzzling message, written in a series of codes and ancient languages, prompts a young woman to seek out Jonathon Payne and David Jones at a charity event at the University of Pittsburgh's Cathedral of Learning. Unfortunately, their meeting is interrupted by an assassin, sent to kill everyone who knows about the document. Relentlessly hunted by those determined to learn the secret, Payne and Jones are forced to fight back. In an adventure that spans two continents and several centuries, they must locate the sacred text that may change everything we think we know about the future.