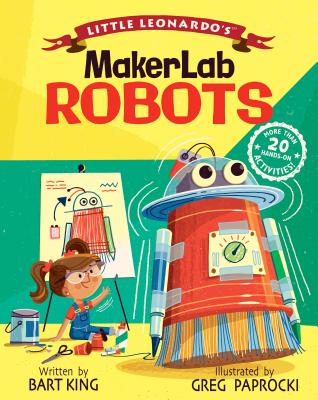 Activities range from how to create code to make robots learn and perform basic tasks to building very simple robots from common household items. These activities are designed to engage both the readers' hands and minds, which helps them better understand and retain the knowledge gained from the activities.

Part of the Little Leonardo series.

Greg Paprocki works full-time as an illustrator and book designer. He has illustrated several Curious George books, as well as previous books in the Little Leonardo series, the BabyLit alphabet book series, and The Big Book of Superheroes for Gibbs Smith. His Gibbs Smith titles have sold over 130,000 copies. Greg resides in Lincoln, Nebraska.