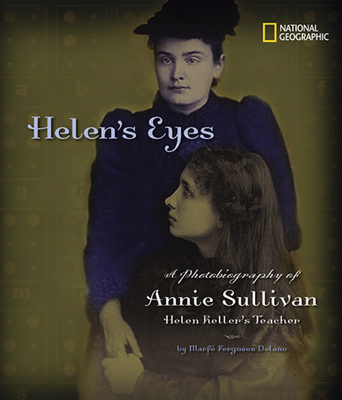 The epic story of Annie Sullivan’s perseverance and triumph in the face of hardship will enthrall readers of every age. This pioneering teacher overcame disability and misfortune before achieving her success as one of the most famous educators of all time. This is the inspiring photobiography of Anne Mansfield Sullivan, a woman born into a life of daunting disadvantage and social obstacle. She grew up poor, with little education, the child of struggling Irish immigrants. By the age of eight, Annie was almost blind because of untreated trachoma. Following her mother’s death, the young girl entered an almshouse, where she spent four years among the most wretched of society’s outcasts. Her inquiring intellect and determination helped her escape this bleak detention, and she was sent to the Perkins School for the Blind. There, at the age of 14, her education began, and her lively mind soon blossomed. After graduation, she was hired as a teacher for Helen Keller, a six-year-old girl who was blind and deaf due to illness. With patience and compassion, Annie reached into the dark, silent world of the little girl, opening her mind and soul to life’s beauty. She became "Helen’s eyes." Because of her inspired breakthroughs and accomplishments with Helen, Annie was soon known as the "Miracle Worker." Annie and Helen spent the rest of their lives together—two complex women with feisty personalities who achieved international acclaim. Marfé Ferguson Delano’s evocative account of teacher and student breaking down barriers to enjoy the wonders of intellectual discovery is a profoundly moving story.

MARFE FERGUSON DELANO is the author of 12 books for National Geographic, including Genius: A Photobiography of Albert Einstein, which won an Orbis PICTUS Award, and Inventing the Future: A Photobiography of Thomas Alva Edison, which was the recipient of the James Madison Book Award Honor, as well as other notable honors . Marfe´ is a graduate of Duke University and lives in Alexandria, Virginia, with her husband and two children.
Loading...
or
Not Currently Available for Direct Purchase