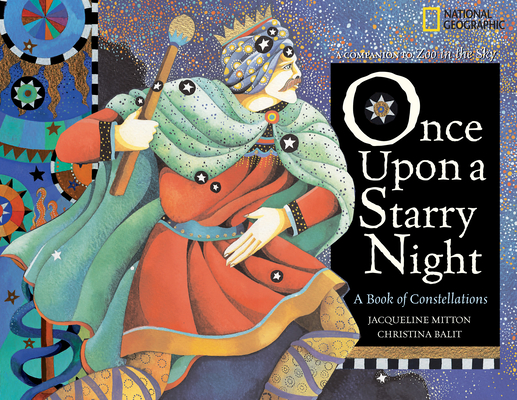 Once Upon a Starry Night

A Book of Constellations

Take an illuminating ride through the starry night sky, and learn how the heavens pay tribute to the gods of Greek and Roman mythology. Once Upon a Starry Night explains the ten ancient figures whose legends are written large across the universe. Every page shines with Christina Balit's vibrant art, studded with shiny stars, and provides the perfect backdrop to Jacqueline Mitton's poetic text.


Praise For Once Upon a Starry Night: A Book of Constellations…

"...an enticing riot of color and detail" — School Library Journal

Christina Balit studied at the Chelsea School of Art and the Royal College of Art in England. Her work has been exhibited at the Royal Academy and the Royal Festival Hall. Her illustrations grace Zoo in the Sky and The Planet Gods also by Jacqueline Mitton.