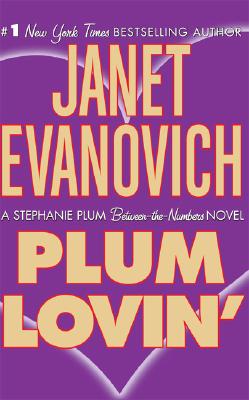 From #1 blockbuster bestselling author Janet Evanovich comes a Stephanie Plum novel that takes adventure, action, suspense (and maybe even true love?) to new heights.
WATCH YOUR BACK . . .
LOOK BOTH WAYS . . .
BECAUSE LOVE IS IN THE AIR . . .
AND THAT MEANS BIG TROUBLE!
Mysterious men have a way of showing up in Stephanie Plum’s apartment. When the shadowy Diesel appears, he has a task for Stephanie--and he’s not taking no for an answer. Annie Hart is a “relationship expert” who is wanted for armed robbery and assault with a deadly weapon. Stephanie needs to find her, fast. Diesel knows where she is. So they make a deal: He’ll help her get Annie if Stephanie plays matchmaker to several of Annie’s most difficult clients. But someone wants to find Annie even more than Diesel and Stephanie. Someone with a nasty temper. And someone with “unmentionable” skills. Does Diesel know more than he’s saying about Annie Hart? Does Diesel have secrets he’s keeping from Stephanie and the two men in her life--Ranger and Morelli? With Stephanie Plum in over her head, things are sure to get a little dicey and a little explosive, Jersey style!

"Actress Lorelei King gives each character a distinct--and hilarious--voice."--People on Eleven on Top

"Both Evanovich and narrator Lorelei King are in top form this time around...Fans of the series will be delighted, and those new to Evanovich's Trenton will be enthralled as well."--Library Journal on Eleven on Top

Janet Evanovich is the #1 bestselling author of the Stephanie Plum books, including "Twelve Sharp." She lives in Florida and New Hampshire.

Lorelei King has recorded over 100 audiobooks. She won the "Radio Times" Performer of the Year for 2001 for her reading of "The Blind Assassin" by Margaret Atwood. In addition to narrating Janet Evanovich's "Full House," "Full Tilt," "Hard Eight," "Visions of Sugar Plums," "Full Speed," "To the Nines," Ten "Big Ones," "Eleven on Top," "Twelve Sharp," and "Full Blast," she was nominated for Performer of the Year for her reading of "Four to Score," also by Janet Evanovich.
Loading...
or
Not Currently Available for Direct Purchase