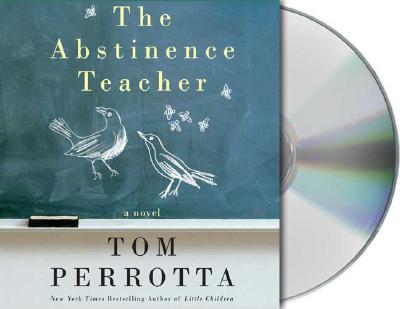 Stonewood Heights is the perfect place to raise children, but amid its good schools and healthy real estate market, a small-town culture war is brewing. The Abstinence Teacher focuses on two divorced parents who become adversaries in the mess: Ruth Ramsey is the human sexuality teacher at the local high school who believes that "pleasure is good, shame is bad, and knowledge is power." Her younger daughter's soccer coach is Tim Mason, a former stoner and rocker whose response to hitting rock bottom was to reach out and be saved. Ruth and Tim instinctively distrust one another, but when a controversy on the playing field forces the two of them to actually talk to each other, an uneasy friendship begins to develop. Elegantly written and with Perrotta's distinctive mix of satire and compassion, The Abstinence Teacher illuminates the powerful emotions that run beneath the placid surface of modern American family life, and explores the complicated spiritual and sexual lives of ordinary people.

Tom Perrotta is the author of five previous work of fiction" Bad Haircut," "The Wishbones, Election," and the "New York Times" bestselling "Joe College" and "Little Children." "Election" was made into the acclaimed 1999 movie directed by Alexander Payne and starring Matthew Broderick and Reese Witherspoon. "Little Children" was released as a movie directed by Todd Field and starring Kate Winslet and Jennifer Connelly in 2006, and for which Perrotta received Golden Globe and Academy Award nominations for best screenplay. He lives outside of Boston, Massachusetts.

Praise For The Abstinence Teacher…

"He's the Steinbeck of suburbia."—Time  "A finely wrought novel."—Jerry Eberle, Booklist “Perrotta is that rare combination: a satirist with heart….Those who haven’t curled up on the couch with this writer’s books are missing a very great pleasure.”—Seattle Times “Tom Perrotta is a truth-telling, unshowy chronicler of modern-day America.”—The New York Times Book Review "Ruefully humorous and tenderly understanding of human folly: the most mature, accomplished work yet from this deservedly bestselling author."--Kirkus Reviews (Starred Review) "Rife with Perrotta’s subtle and satiric humor."--Publishers Weekly Praise for Little Children:

“A virtuoso set of overlapping character studies.” —The Washington Post