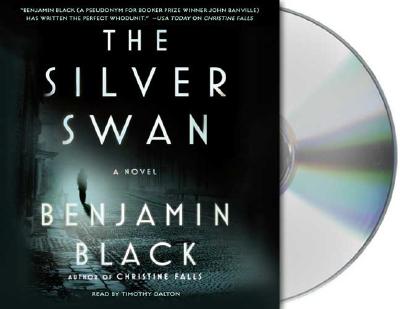 Two years have passed since the events of the bestselling "Christine""""Falls," and much has changed for Quirke, the irascible, formerly hard-drinking Dublin pathologist. His beloved Sarah is dead, the Judge lies in a convent hospital paralyzed by a devastating stroke, and Phoebe, Quirke's long-denied daughter, has grown increasingly withdrawn and isolated.
With much to regret from his last inquisitive foray, Quirke ought to know better than to let his curiosity get the best of him. Yet when an almost-forgotten acquaintance comes to him about his beautiful young wife's apparent suicide, Quirke's "old itch to cut into the quick of things, to delve into the dark of what was hidden" is roused again. As he begins to probe further into the shadowy circumstances of Deirdre Hunt's death, he discovers many things that might better have remained hidden, as well as grave danger to those he loves. Haunting, masterfully written, and utterly mesmerizing in its nuance, The Silver Swan fully lives up to the promise of "Christine Falls" and firmly establishes Benjamin Black (a.k.a. John Banville) among the greatest of crime writers.

Benjamin Black is the pen name of acclaimed author John Banville, who was born in Wexford, Ireland, in 1945. His novels have won numerous awards, most recently the Man Booker prize in 2005 for "The Sea." He lives in Dublin.

Praise For The Silver Swan…

"The eagerly awaited sequel to Christine Falls is brought to lief by none other than James Bond himself, Timothy Dalton, in a reading so good it will make listeners giddy with delight...It's all thrilling, honest, and raw." - AudioFile "...the second in Black's Quirke series, offers an excellent opportunity for Dalton to flash his acting chops.  Dalton's reading is hushed, intense and dramatic, read as if being performed onstage." - Publishers Weekly "Elegant and elegiac are not words often used to describe the prose in a whodunit, but author Benjamin Black isn't the usual perpetrator of whodunits...Black casts a slick of despair over his carefully plotted narrative, the characters all seeming to yearn for a ntoe of grace to enter their bleak lives...As before, Timothy Dalton's brilliant performance is as nuanced as the story, his voice a mirror of its moods." - BookPage

“Dalton…gives a gritty, growling reading that will practically make you smell the rain on the dark Dublin streets.” – St.Petersburg Times

Praise for Benjamin Black's previous book, Christine Falls, also read by Timothy Dalton:
“This is one of those rare occurrences when actor/narrator and prose suit each other so perfectly that the CD’s cost seems a small price to pay for the value of the performance.”—Chicago Sun Times