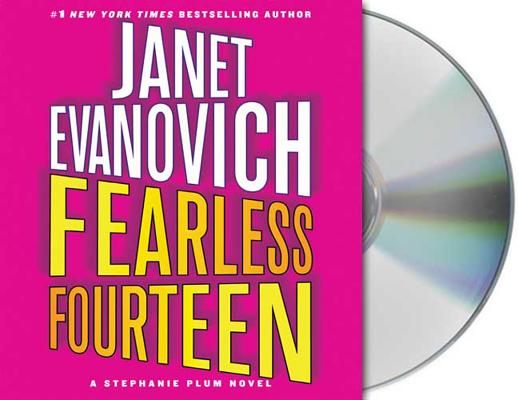 The Crisis A favor for Ranger

The Conclusion: Only the fearless should listen to "Fourteen."

"[Lorelei] King is one of many to voice Janet Evanovich's successful series, but her voice can be heard above the crowd...Fearless Fourteen becomes peerless fourteen with narrator King at the helm." - Publishers Weekly, Starred Review

"Lorelei King gives a fantastic performance… relax and enjoy Evanovich's tight writing and King's amazing reading of everyone from Stephanie to tough cops to adolescent boys to a Big Black Mama of a woman."—AudioFile on Fearless Fourteen, an Earphones Award Winner

"For fans of Evanovich mysteries on audiobook, Lorelei King is more than a reader -- she is Stepahnie Plum."—Publishers Weekly  PRAISE FOR Janet Evanovich and her Stephanie Plum series:
“Stephanie Plum is a bounty hunter with a great sense of humor that balances out her attitude and worse luck...like Dorothy Parker with a lousy job and a Jersey accent.” —Time  “Evanovich’s series is as addictive as Fritos...Evanovich serves up consistently craveable goodies.” —People "These books are really just laugh-out-loud funny." —HubPages

JANET EVANOVICH is the #1 bestselling author of the Stephanie Plum novels, including "Lean Mean Thirteen." She lives in New Hampshire and Florida.LORELEI KING has recorded over 200 audiobooks, including several titles from Janet Evanovich's bestselling Stephanie Plum series and Darynda Jones's Charley Davidson series. "AudioFile" also deemed her one of the "Best Voices of 2008."
Loading...
or support indie stores by buying on
(This book is on backorder)