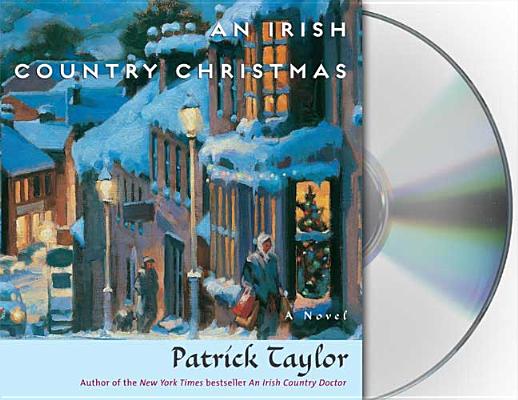 In An Irish Country Christmas, the third book in Patrick Taylor's Irish Country Books, Barry Laverty, M.B., is looking forward to his first Christmas in the cozy village of Ballybucklebo, at least until he learns that his sweetheart, Patricia, might not be coming home for the holidays. That unhappy prospect dampens his spirits somewhat, but Barry has little time to dwell on his romantic disappointments. Christmas may be drawing nigh, but there is little peace to be found on earth, especially for a young doctor plying his trade in the emerald hills and glens of rural Ireland.

“John Keating's readings of Patrick Taylor's previous "Irish Country" novels are as charming as the books themselves…As in an opera where the story is secondary to the sound, Keating's lilting brogue is a delight to the ear.” —The Roanoke Times

“John Keating's reading adds the music of an Irish brogue, and the individual voice he gives each character heightens the charm. You don't really need a pint to enjoy the listening of this one...but the good doctors of Ballybucklebo deserve a toast.” —The Roanoke Times

“The unabridged audio edition was narrated by John Keating, whose rendition of the Ulster-Scots language and accents draws you in and gives life to the characters.” —Beth Fish Reads