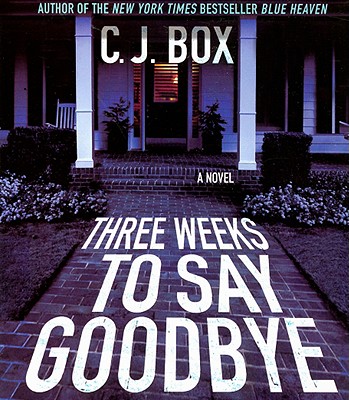 "...Lloyd transitions smoothly between the diverse range of characters and scenes, and the listener will easily follow along. Fans of Box who have come to expect action-packed, fast-paced thrillers will find a tight time line filled with tension and violence."--AudioFile magazine

C.J. Box is the author of the bestselling "Blue Heaven" and of seven Joe Pickett novels. His novels have won the Anthony, Macavity, Gumshoe, and Barry Awards, as well as the French Prix Calibre .38. He has also been an Edgar Award and "Los Angeles Times" Book Prize finalist. His novel "Open Season" was a "New York Times" Notable Book. He lives outside Cheyenne, Wyoming, with his family. John Bedford Lloyd, a graduate of Yale's School of Drama, has appeared in a host of major motion pictures, including "The Bourne Supremacy, Crossing Delancey, The Abyss, The Manchurian Candidate, " and "Philadelphia." His television credits include "Suits, Pan Am, Law & Order, Spin City, " and "The West Wing." His critically-acclaimed audiobook narration includes reading for authors such as Michael Crichton, Nicholas Sparks, Paul Doiron, and Atul Gawande, among others.
Loading...
or
Not Currently Available for Direct Purchase