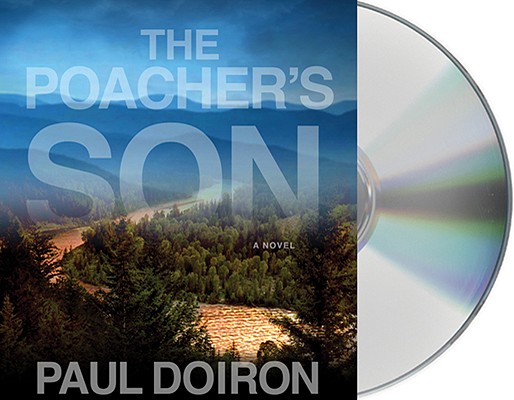 Set in the wilds of Maine, this is an explosive tale of an estranged son thrust into the hunt for a murderous fugitive---his own father.

Game warden Mike Bowditch returns home one evening to find an alarming voice from the past on his answering machine: his father, Jack, a hard-drinking womanizer who makes his living poaching illegal game. An even more frightening call comes the next morning from the police: They are searching for the man who killed a beloved local cop the night before---and his father is their prime suspect. Jack has escaped from police custody, and only Mike believes that his tormented father might not be guilty.

Now, alienated from the woman he loves, shunned by colleagues who have no sympathy for the suspected cop killer, Mike must come to terms with his haunted past. He knows firsthand Jack’s brutality, but is the man capable of murder? Desperate and alone, Mike strikes up an uneasy alliance with a retired warden pilot, and together the two men journey deep into the Maine wilderness in search of a runaway fugitive. There they meet a beautiful woman who claims to be Jack’s mistress but who seems to be guarding a more dangerous secret. The only way for Mike to save his father now is to find the real killer---which could mean putting everyone he loves in the line of fire.

The Poacher’s Son is a sterling debut of literary suspense. Taut and engrossing, it represents the first in a series featuring Mike Bowditch.

Paul Doiron is the editor-in-chief of Down East: The Magazine of Maine. A native of Maine, he attended Yale University, where he graduated with a degree in English, and he holds an MFA in creative writing from Emerson College. Paul is a Registered Maine Guide and lives on a trout stream in coastal Maine with his wife, Kristen Lindquist. John Bedford Lloyd, a graduate of Yale's School of Drama, has appeared in a host of major motion pictures, including "The Bourne Supremacy, Crossing Delancey, The Abyss, The Manchurian Candidate, " and "Philadelphia." His television credits include "Suits, Pan Am, Law & Order, Spin City, " and "The West Wing." His critically-acclaimed audiobook narration includes reading for authors such as Michael Crichton, Nicholas Sparks, Paul Doiron, and Atul Gawande, among others.
Loading...
or
Not Currently Available for Direct Purchase