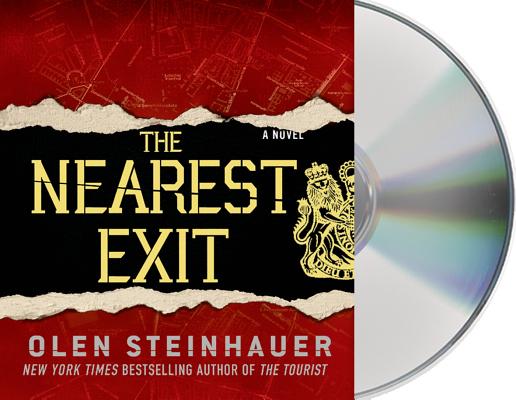 Now faced with the end of his quiet, settled life, reluctant spy Milo Weaver has no choice but to turn back to his old job as a "tourist." Before he can get back to the CIA's dirty work, he has to prove his loyalty to his new bosses, who know little of Milo's background and less about who is really pulling the strings in the government above the Department of Tourism-or in the outside world, which is beginning to believe the legend of its existence. Milo is suddenly in a dangerous position, between right and wrong, between powerful self-interested men, between patriots and traitors-especially as a man who has nothing left to lose.

“Milo Weaver, Steinhauer’s hero, is the opposite of Swagger and Reacher—he is conflicted and neurotic and hopelessly sentimental—but no less entertaining.” —Malcolm Gladwell, TheNewYorker.com

Well-known for his work in theater, Pittu has appeared off-Broadway in LoveMusik and Is He Dead, for which he received his Tony nominations, as well as Parade, for which he earned a National Broadway Award for Best Actor in a Musical. He is also a writer, member, and director of the Atlantic Theater company. He lives in New York City.

Praise for the Milo Weaver series

THE TOURIST
“A protagonist who’s as winning as he is wily.” —Stephen King, Entertainment Weekly

THE NEAREST EXIT
“Milo Weaver, Steinhauer’s hero, is the opposite of Swagger and Reacher—he is conflicted and neurotic and hopelessly sentimental—but no less entertaining.” —Malcolm Gladwell, TheNewYorker.com

AN AMERICAN SPY
“Olen Steinhauer’s Milo Weaver novels are must-reads for lovers of the genre.” —The Washington Post

“Readers are irresistibly drawn into Weaver's dogged struggle to unravel a complicated game of cat and mouse.” —USA Today