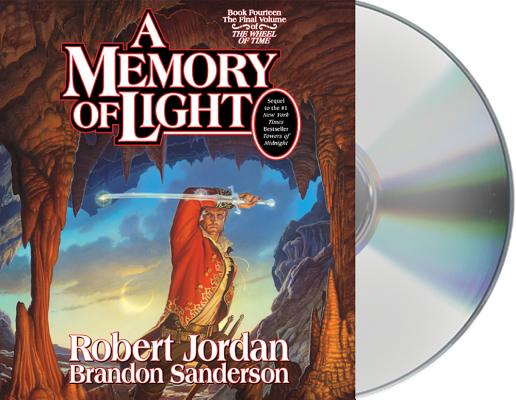 A Memory of Light


Praise For A Memory of Light: Book Fourteen of The Wheel of Time…

“The battle scenes have the breathless urgency of firsthand experience, and the . . . evil laced into the forces of good, the dangers latent in any promised salvation, the sense of the unavoidable onslaught of unpredictable events bear the marks of American national experience during the last three decades, just as the experience of the First World War and its aftermath gave its imprint to J. R. R. Tolkien's work.” —The New York Times on The Wheel of Time®

“Michael Kramer and Kate Reading have been the masters of the Wheel of Time series from the very first book to this fourteenth, and final, book…They present the unfolding of the many themes with infinite patience and consistent tones of engagement with the characters and events.” —AudioFile Magazine, Earphones Award winner

“The clear, well-paced, and intense performances by Kate Reading and Michael Kramer, who narrated the entire series, provide an excellent delivery of a complex and gargantuan tale.” —Library Journal

“Narrators Kate Readings and Michael Kramer, who narrated previous installments of the series, return for this conclusion, and their deep understanding of these characters and this fictional world shines through every words. Kramer has a deep voice that pulls the reader in, while Reading's tones are more thoughtful and reflective. Both give memorable, nuanced performances that keep readers on the edge of their seats during exciting action scenes and put them in the characters' minds as thoughts are revealed…fans of the series will be well rewarded for their patience in awaiting this final installment.” —Publishers Weekly