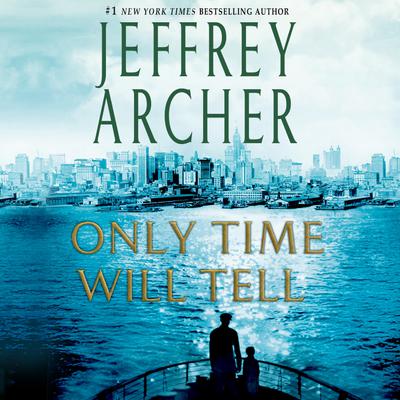 Only Time Will Tell (The Clifton Chronicles) (Digital Audiobook)

This introductory novel in Archer's engrossing series The Clifton Chronicles includes a cast of colorful characters and takes us from the ravages of the Great War to the outbreak of the Second World War, when Harry must decide whether to take up a place at Oxford or join the navy and go to war with Hitler's Germany. From the docks of working-class England to the bustling streets of 1940 New York City, Only Time Will Tell takes listeners on a journey through to future volumes, which will bring to life one hundred years of recent history to reveal a family story that neither the reader nor Harry Clifton himself could ever have imagined.