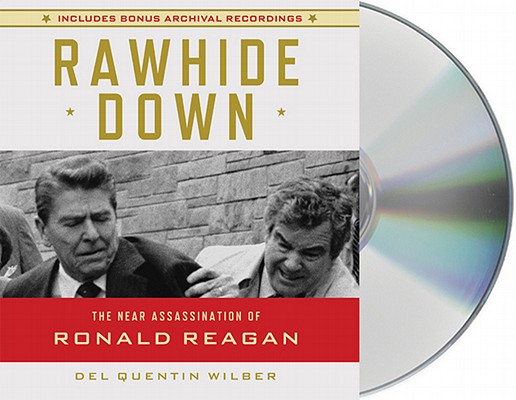 On March 30, 1981, President Reagan walked out of a hotel in Washington, D.C. and was shot by a would-be assassin. For years, few people knew the truth about how close the president came to dying, and no one has ever written a detailed narrative of that harrowing day. Now, drawing on exclusive new interviews, Del Quentin Wilber tells the electrifying story of a moment when the nation teetered on the brink of chaos. With cinematic clarity, we see the Secret Service agent whose fast reflexes saved the president's life; the brilliant surgeon who operated on Reagan as he was losing half his blood; and the small group of White House officials frantically trying to determine whether the country was under attack. Most especially, we encounter the man code-named Rawhide, a leader of uncommon grace who inspired affection and awe in everyone who worked with him.

Reagan was the only serving U.S. president to survive being shot in an assassination attempt. In "Rawhide Down," the story of that perilous day--a day of chaos, crisis, prayer, heroism and hope--is brought to life as never before.


Praise For Rawhide Down: The Near Assassination of Ronald Reagan…

“The reporting is presented with precision and authority by Jason Culp. For the most part, his reading has few vocal characterizations, but the brief direct quotes from Reagan are delivered spot-on. Culp’s voice is easygoing and warm, and surprisingly, those characteristics are at their most gripping in the chapters that address the president’s initial care at George Washington University Hospital.” – AudioFile Magazine

Del Quentin Wilber is an award-winning reporter for the "Washington Post." He has spent most of his career covering law enforcement and sensitive security issues, and his work has been a finalist for the Pulitzer Prize. Jason Culp is best known for his role as Julian Gerome on "General Hospital." In addition to voiceover work in national commercials, Culp has narrated audiobooks by bestselling authors such as Louis L'Amour, Danielle Steel, John Irving, and David Weber.
Loading...
or
Not Currently Available for Direct Purchase