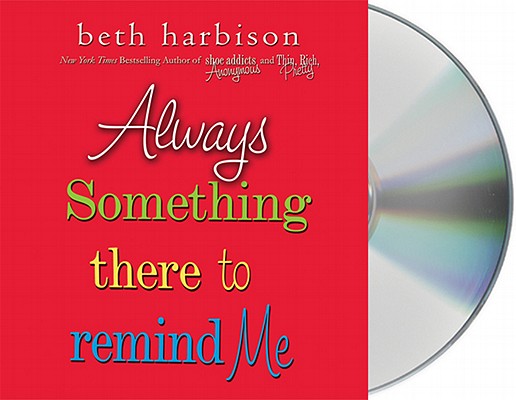 Always Something There to Remind Me

"Can you ever really know if love is true? And if it is, should you stop at anything to get it? "
""
""Two decades ago, Erin Edwards was sure she'd already found the love of her life: Nate Lawson. Her first love. The one with whom she shared everything--dreams of the future, of children, plans for forever. The one she thought she would spend the rest of her life with. Until one terrible night when Erin made a mistake Nate could not forgive and left her to mourn the relationship she could never forget or get over.

Today, Erin is contentedly involved with a phenomenal guy, maneuvering a successful and exciting career, and raising a great daughter all on her own. So why would the name "Nate Lawson" be the first thing to enter her mind when her boyfriend asks her to marry him?

In the wake of the proposal, Erin finds herself coming unraveled over the past, and the love she never forgot. The more she tries to ignore it and move on, the more it haunts her.

"Always Something There to Remind Me "is a story that will resonate with any woman who has ever thought of that one first love and wondered, "Where is he?" and "What if ?" Filled with Beth Harbison's trademark nostalgia humor and heart, it will transport you, and inspire you to believe in the power of first love.


Praise For Always Something There to Remind Me…

"Always Something There to Remind Me is a riveting look at the tender agony of first love.  Full of self-awareness and scathing wit, Beth Harbison deftly contrasts teenage romantic idealism with the reality of growing up.  Touching, truthful, and profoundly satisfying, Harbison delivers her finest work yet." – Jen Lancaster, New York Times Bestselling Author of If You Were Here

Beth Harbison is the "New York Times" bestselling author of "Secrets of a Shoe Addict," "Shoe Addicts Anonymous," "Hope in a Jar" and "Thin, Rich, Pretty." She grew up in Potomac, Maryland, outside Washington, D.C. and now shares her time between that suburb, New York City, and a quiet home on the eastern shore.

Orlagh Cassidy is the winner of the 2009 Best Voice in Children & Family Listening and the 2008 and 2011 Best Voice in Mystery & Suspense. She's narrated for Jacqueline Winspear, James Patterson, Erica Spindler, Beth Harbison, and Frank Herbert, among others.
Loading...
or
Not Currently Available for Direct Purchase