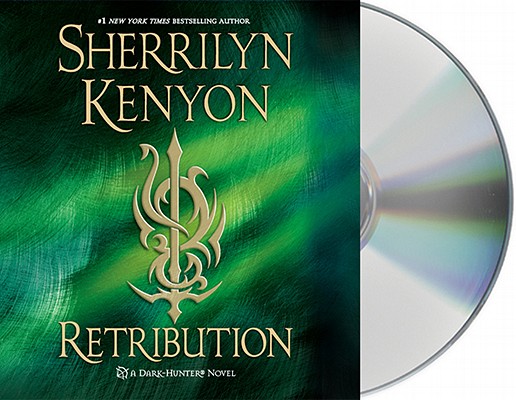 
A hired gunslinger, William Jessup Brady lived his life with one foot in the grave. He believed that every life had a price. Until the day when he finally found a reason to live. In one single act of brutal betrayal, he lost everything, including his life. Brought back by a Greek goddess to be one of her Dark-Hunters, he gave his immortal soul for vengeance and swore he'd spend eternity protecting the humans he'd once considered prey.

Orphaned as a toddler, Abigail Yager was taken in by a family of vampires and raised on one belief--Dark-Hunters are the evil who prey on both their people and mankind, and they must all be destroyed. While protecting her adoptive race, she has spent her life eliminating the Dark-Hunters and training for the day when she meeting the man who killed her family: Jess Brady.

A gun in the hand is worth two in the holster

Jess has been charged with finding and terminating the creature who's assassinating Dark-Hunters. The last thing he expects to find is a human face behind the killings, but when that face bears a striking resemblance to the one who murdered him centuries ago, he knows something evil is going on. He also knows he's not the one who killed her parents. But Abigail refuses to believe the truth and is determined to see him dead once and for all.

Brought together by an angry god and chased by ancient enemies out to kill them both, they must find a way to overcome their mutual hatred or watch as one of the darkest of powers rises and kills both the races they've sworn to protect.

“[A] publishing phenomenon…[Sherrilyn Kenyon is] the reigning queen of the wildly successful paranormal scene. . .Just one example of arguably the most in-demand and prolific authors in America these days.” —PUBLISHERS WEEKLY

“Kenyon’s writing is brisk, ironic and relentlessly imaginative. These are not your mother’s vampire novels.” —BOSTON GLOBE “[An] engaging read.” —ENTERTAINMENT WEEKLY

In the past two years, "New York Times "bestselling author SHERRILYN KENYON has claimed the #1 spot fifteen times. This extraordinary bestseller continues to top every genre she writes. With more than 23 million copies of her books in print in over 30 countries, her current series include: The Dark-Hunters, The League, Lords of Avalon, BAD Agency, Chronicles of Nick and the forthcoming Nevermore.Holter Graham, winner of "AudioFile"'s 2008 Best Voice in Science Fiction & Fantasy for Sherrilyn Kenyon's "Acheron," is a stage, television, and screen actor. He has recorded numerous audiobooks, including much of Sherrilyn Kenyon's bestselling "Dark-Hunter "series. The winner of multiple "AudioFile" Earphones Awards, he has also read works by Scott Turow, Dean Koontz, C. J. Box, and Stephen Frey. .
Loading...
or
Not Currently Available for Direct Purchase