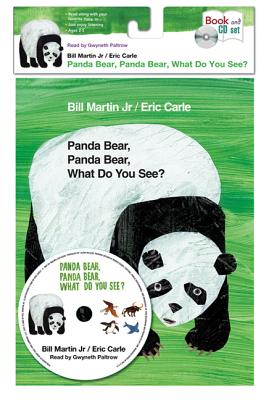 The author and illustrator team behind the classic Brown Bear, Brown Bear, What do you see? turn their extraordinary talents to the theme of animal conservation.

Thirty-five years after their first groundbreaking collaboration, the creators of Brown Bear, Brown Bear, What Do You See? and Polar Bear, Polar Bear, What Do You Hear? reunite to address the important topic of animal conservation. A Bald Eagle soars, a Spider Monkey swings, a Macaroni Penguin struts, and a Red Wolf sneaks through Bill Martin Jr's rhythmic text and Eric Carle's vibrant images, and all are watched over by our best hope for the future-a dreaming child.

“Another standout from the creators of a line of perennial favorites.” —Publishers Weekly, starred

“These would be a great gift for an Eric Carle fan. Even as an adult, I like reading the books.” —Mogul Baby