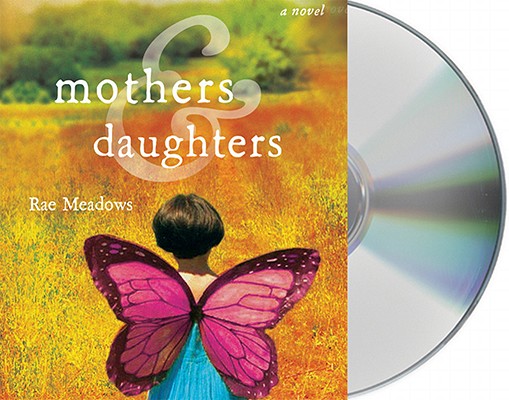 A rich and luminous novel about three generations of women in one family: the love they share, the dreams they refuse to surrender, and the secrets they hold

Samantha is lost in the joys of new motherhood—the softness of her eight-month-old daughter's skin, the lovely weight of her child in her arms—but in trading her artistic dreams to care for her child, Sam worries she's lost something of herself. And she is still mourning another loss: her mother, Iris, died just one year ago.

When a box of Iris's belongings arrives on Sam's doorstep, she discovers links to pieces of her family history but is puzzled by much of the information the box contains. She learns that her grandmother Violet left New York City as an eleven-year-old girl, traveling by herself to the Midwest in search of a better life. But what was Violet's real reason for leaving? And how could she have made that trip alone at such a tender age?

In confronting secrets from her family's past, Sam comes to terms with deep secrets from her own. Moving back and forth in time between the stories of Sam, Violet, and Iris, Mothers and Daughters is the spellbinding tale of three remarkable women connected across a century by the complex wonder of motherhood.


Praise For Mothers and Daughters…

“Wonderful...A perfect book-club pick…What mothers leave daughters is loud and proud in this book…It will prime conversations about your own choices, which may change your whole sense of self, or at least make you feel not so alone.”—Minneapolis Star Tribune

"A poignant look at three generations struggling with loss and love." —Good Housekeeping

"Tender...perceptive...Mothers and Daughters should appeal to both of its titular groups, and may even spark the kinds of discussions and openness so uncharacteristic of many earlier parent-child relationships."—The Capital Times

“Mothers and Daughters showcases Meadow’s ability to create generations of fully formed women as they navigate life-defining moments…This is the story of how much we often don’t know about the people who raise us.” –Bookslut.com

"Rae Meadows has written a richly textured novel of three generations of mothers and daughters who by finding each other, find themselves. In these beautifully interwoven stories of birth and death, love and loss, Violet, Iris, and Samantha explore the genetic threads that connect each to the others. Mothers and Daughters is a powerful novel of women’s secrets and strength."— Sandra Dallas, New York Times best-selling author of Prayers for Sale and Whiter Than Snow

"A little girl boards New York’s orphan train at the turn of the 20th century and shapes generations to follow in this satisfying portrait of the many faces of motherhood."—Kirkus

"A book you’ll want to sit and read straight through...It will have you considering your own choices and those of your mother: What has she chosen not to tell you? What happened before you? What do you want to know?"—Bookpage

"An engaging story of three generations of strong women and the choices they make."—Library Journal

Rae Meadows is the author of "Calling Out," which received the 2006 Utah Book Award for fiction, and "No One Tells Everything," a "Poets & Writers" Notable Novel. She lives with her husband and two daughters in Minneapolis, Minnesota. Visit Rae Meadows' website at www.RaeMeadows.com. Maggi-Meg Reed is a multiple Audie nominee, Earphones winner, and "AudioFile" Featured Narrator. In 2008, she was named the Best Voice in Fiction & Classics by "AudioFile" magazine. Her voice can also be heard on television and radio commercials across the country, and "AudioFile" Magazine has called her narration"fresh, intelligent, and attentive." She lives in Brooklyn, NY.
Loading...
or
Not Currently Available for Direct Purchase