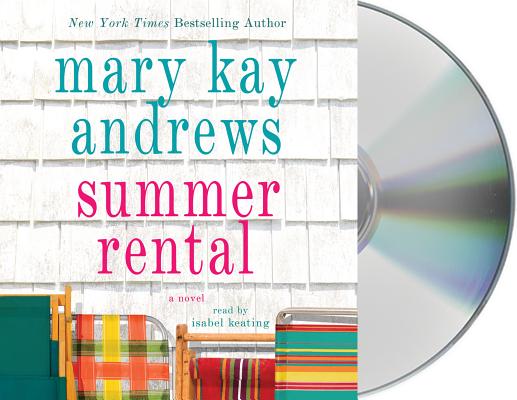 Sometimes, when you need a change in your life, the tide just happens to pull you in the right direction…

Ellis, Julia, and Dorie. Best friends since Catholic grade school, they now find themselves, in their mid-thirties, at the crossroads of life and love. Ellis, recently fired from a job she gave everything to, is rudderless and now beginning to question the choices she's made over the past decade of her life. Julia--whose caustic wit covers up her wounds--has a man who loves her and is offering her the world, but she can't hide from how deeply insecure she feels about her looks, her brains, her life. And Dorie has just been shockingly betrayed by the man she loved and trusted the most in the world…though this is just the tip of the iceberg of her problems and secrets. A month in North Carolina's Outer Banks is just what they each of them needs.

Ty Bazemore is their landlord, though he's hanging on to the rambling old beach house by a thin thread. After an inauspicious first meeting with Ellis, the two find themselves disturbingly attracted to one another, even as Ty is about to lose everything he's ever cared about.

Maryn Shackleford is a stranger, and a woman on the run. Maryn needs just a few things in life: no questions, a good hiding place, and a new identity. Ellis, Julia, and Dorie can provide what Maryn wants; can they also provide what she needs?

Mary Kay Andrews' audiobook is the story of five people questioning everything they ever thought they knew about life. Five people on a journey that will uncover their secrets and point them on the path to forgiveness. Five people who each need a sea change, and one month in a summer rental that might just give it to them.
Summer Rental is one of Library Journal's Best Women's Fiction Books of 2011.

Isabel Keating won the Drama Desk Award and was nominated for the Tony Award for her Broadway turn in The Boy from Oz, for which she also won a Theatre World Award.  She also starred in the long-running hit Hairspray, and made her Broadway début starring in Enchanted April.  Off Broadway she has appeared at Primary Stages, the Atlantic Theatre Company, Ensemble Studio Theatre and Ars Nova, among others. Her films include The Nanny Diaries and The Life Before Her Eyes, and on television, she guest starred in 3 lbs. and Law & Order: Criminal Intent. Isabel has recorded a number of Earphones award-winning audiobooks.  Some of the titles she's read include Bill Floyd's The Killer's Wife, Nicholas Sparks's The Guardian, Jackie Collins's Lovers & Players, and Sebastien Japrisot's A Very Long Engagement.

Praise For Summer Rental: A Novel…

“Narrator Isabel Keating makes the most of the material, giving each character a distinctive Southern accent, fitting for these girls from Savannah. Recommended for Andrews's fans and those wishing some light fair.” —Library Journal

“For a group of girls on a roadtrip, this is the perfect way to pass the time.” —Smitten with Reading

“Isabel Keating's treatment of dialogue enhances the characters in this easy summer read...The over-the-top dialect of some of the minor characters combined with some amusing scenes give the listener some laughs that balance the challenging choices the main players face. The dialogue and individual characterizations make this especially good on audio.” —AudioFile Magazine

“Andrews…is at her warm and funny best…[she] simply excels at creating the kind of characters readers can relate to, and she has a fabulous sense of humor to boot.” —Library Journal (starred review)

“Andrews spins a beach blanket sizzler… This warm weather treat has a lot going for it.” —Publishers Weekly

“...unraveling secrets makes for fascinating reading. This is a perfect beach book: the tale of a sandy, flea-bitten summer house and one month in August in which honesty triumphs over silence, and love over lies. Ellis falls in love, and Dorie meets a new guy, and Julie makes a big decision, and Maryn breaks free... and the readers of Summer Rental will stay glued to their sandy beach chairs waiting to see what happens next.” —Barnes & Noble Review