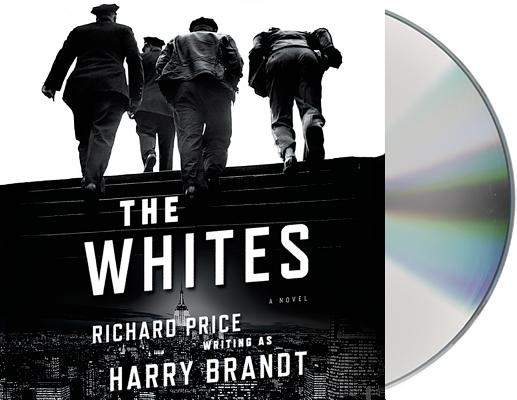 The Whites is the electrifying debut of a new master of American crime fiction, Harry Brandt—the pen name of novelist Richard Price
Back in the run-and-gun days of the mid-90s, when Billy Graves worked in the South Bronx as part of an anti-crime unit known as the Wild Geese, he made headlines by accidentally shooting a 10-year-old boy while stopping an angel-dusted berserker in the street. Branded as a cowboy by his higher-ups, for the next eighteen years Billy endured one dead-end posting after another. Now in his early forties, he has somehow survived and become a sergeant in Manhattan Night Watch, a small team of detectives charged with responding to all night-time felonies from Wall Street to Harlem.

Night Watch usually acts a set-up crew for the day shift, but when Billy is called to a 4:00 a.m. fatal slashing of a man in Penn Station, his investigation of the crime moves beyond the usual handoff. And when he discovers that the victim was once a suspect in the unsolved murder of a 12-year-old boy—a brutal case with connections to the former members of the Wild Geese—the bad old days are back in Billy's life with a vengeance, tearing apart enduring friendships forged in the urban trenches and even threatening the safety of his family.

Richard Price, one of America's most gifted novelists, has always written brilliantly about cops, criminals, and New York City. Now, writing as Harry Brandt, he is poised to win a huge following among all those who hunger for first-rate crime fiction.

“Richard Price isn’t fooling anybody with this Harry Brandt business; only he could have written The Whites. It has everything that makes his novels so wonderful—the dark humor, the intricate interleaving of character and plot, the deep research into the science of the streets, the moral gravity and the flawless, magical dialogue. Indeed the only credible thing to be said about Harry Brandt is that he has written one of Richard Price’s best books yet.” —Michael Chabon

“Whether you call it a crime novel or a mystery novel or a giraffe with polka dots is largely irrelevant—THE WHITES is, simply put, a great American novel.” —Dennis Lehane

“THE WHITES is the crime novel of the year—grim, gutsy, and impossible to put down. I had to read the final 100 pages in a single sitting. I began being fascinated, and ended being deeply moved. Call him Price or Brandt, he knows everything about police life, and plenty about friendship: what your friends do for you…and what they sometimes do to you.” —Stephen King

Harry Brandt is the pen name of acclaimed novelist Richard Price, whose eight previous novels—including Clockers and Lush Life—have won universal praise for their vividly etched portrayals of urban America. He lives in Manhattan with his wife, the novelist Lorraine Adams.
Loading...
or
Not Currently Available for Direct Purchase