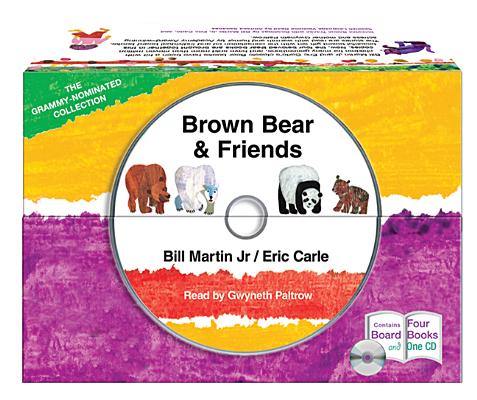 Brown Bear and Friends board book and CD set

From the Grammy-nominated collection. Now you can read along while you listen to all of the Bear stories inside of this beautiful box set which contains four board books and one compilation CD.