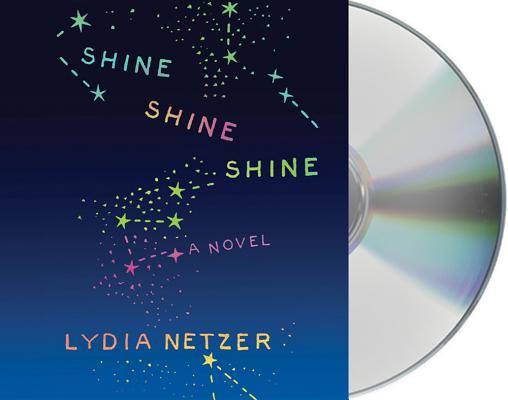 "Over the moon with a metaphysical spin. Heart-tugging it is struggling to understand the physical realities of life and the nature of what makes us human .Nicely unpredictable Extraordinary." Janet Maslin, "The New York Times"

When Maxon met Sunny, he was seven years, four months, and eighteen-days old. Or, he was 2693 rotations of the earth old. Maxon was different. Sunny was different. They were different together.

Now, twenty years later, they are married, and Sunny wants, more than anything, to be "normal." She's got the housewife thing down perfectly, but Maxon, a genius engineer, is on a NASA mission to the moon, programming robots for a new colony. Once they were two outcasts who found unlikely love in each other: a wondrous, strange relationship formed from urgent desire for connection. But now they're parents to an autistic son. And Sunny is pregnant again. And her mother is dying in the hospital. Their marriage is on the brink of imploding, and they're at each other's throats with blame and fear. What exactly has gone wrong?

Sunny wishes Maxon would turn the rocket around and come straight-the-hell home.

When an accident in space puts the mission in peril, everything Sunny and Maxon have built hangs in the balance. Dark secrets, long-forgotten murders, and a blond wig all come tumbling to the light. And nothing will ever be the same.
A debut of singular power and intelligence, "Shine Shine Shine" is a unique love story, an adventure between worlds, and a stunning novel of love, death, and what it means to be human.

“Not only entertaining, but nuanced and wise…blending wit and imagination with an oddly mesmerizing, matter-of-fact cadence, Netzer’s debut is a delightfully unique love story and a resounding paean to individuality.” —People (People Pick)

“Netzer’s storytelling method is as poetic as her language. She slowly assembles a multitude of pinpoint insights that converge to form a glimmering constellation...a stellar, thought-provoking debut” —The New York Times Book Review

“Over the moon with a metaphysical spin.  Heart-tugging…it is struggling to understand the physical realities of life and the nature of what makes us human….Nicely unpredictable…Extraordinary.” —Janet Maslin, The New York Times

“You’re pulled into the drama through the incredible natural beauty of her writing … deftly and wittily done … people say her style reminds them of Anne Tyler, but she reminded me a little bit more of Don DeLillo.” —Liesl Schillinger, The New York Times Book Review Podcast

"Netzer has beautifully crafted an original story with a cast of characters who make up an unconventional but strangely believable family...This story will shine, shine, shine for all adult readers." —Library Journal, starred review

“The novel traces Maxon and Sunny’s relationship from their childhoods in Burma and Appalachia to outer space, revealing the futility of chasing an ideal of what’s normal…Shine Shine Shine breaks free of the gravitational pull of traditional romantic clichés.” —The Washington Post

“Lydia Netzer’s luminous debut novel concerns what lies beneath society’s pretty surfaces — Sunny’s congenital hairlessness, her husband’s remoteness, their son’s autism. What makes it unexpectedly moving is how skillfully Netzer then peels back those layers, finding heartbreaking depth even in characters who lack ordinary social skills.” —The Boston Globe

“Netzer has penned a modern take on alienation, building a family, making connections — creating memorable characters and an odd, idiosyncratic, but highly believable narrative along the way.” —The Toronto Star

“There are certain novels that are just twisty, delightfully so. Shine Shine Shine is one. In this first novel, Lydia Netzer takes a hard look at being completely human through the eyes of two people who are kinda not…Shine Shine Shine may ask an old question. But Netzer’s answer to how to be who you are is fresh from the heart.” —New York Daily News

“Netzer's first novel, the wacky, touching and deliciously readable Shine Shine Shine, draws heavily on her own unconventional life…this unassuming novelist… is the ‘it’ girl of contemporary literature.” —Kerry Dougherty, The Virginian Pilot

“[Sunny and Maxon’s] peculiarities form an endearing story in Shine Shine Shine, Norfolk resident Lydia Netzer's first — and amazingly inventive — novel. . . . Netzer's munificence of spirit lights her story with compassion. . . . Shine Shine Shine transcends not only geography, whether in Burma, Pennsylvania, Norfolk or outer space, but also the science and the struggles, the weirdness and the woe; it aims straight for the heart and the humanity that unites us all. Netzer, whose imagination knows no limits, infuses her debut with love — and reminds us that normalcy can be vastly overrated.” —The Richmond Times-Dispatch

“Shine Shine Shine is a novel…but “Shine, Shine, Shine” could easily refer to Netzer’s writing abilities, the way she handles the craft of storytelling, and the way her novel captures and holds the reader’s attention…Netzer is a master storyteller. She leads the reader through a landscape full of beauty and charged with pitfalls, actual and emotional, while holding your eyes to the page, and your fingers itching to turn to the next page.” —Sparkling Diversity column, The Virginian Pilot

“I can't say enough good things about Shine Shine Shine, and it’s almost impossible to put the book down once you crack it open. Well-paced, well-plotted, and told with a fresh, lyrical and bold narrative style, Netzer’s debut novel is compelling, smart, strange and enjoyable. It shines as brightly as Sunny’s bald head and the luminous stars Maxon sees in space.” —Sarah Rachel Egelman, TheBookReporter.com

"Shine Shine Shine is an exquisitely written debut novel about family. All of Netzer's characters are quirky and unique, as well as damaged. Not every novel features a bald Caucasian woman, born in Burma, who is married to a rocket scientist on the autism spectrum. Even so, Shine Shine Shine is never quirky for the sake of quirkiness — Sunny, Maxon and all of the supporting characters are fully fledged and realistic so that they draw the reader in almost immediately with their strong and life-like voices. A story of personal growth and discovery that is unlike any you have read before, Shine Shine Shine will not fail to entertain and move you.” —SheKnows.com

“A funny, compelling love story from the freshest voice I’ve heard in years. Shine Shine Shine picked me up and left me changed in ways I never expected. Intelligent, emotional, and relentlessly new, Netzer answers questions you didn't know you were already asking and delivers an unforgettable take on what it means to love, to be a mother, and to be human.” —Sara Gruen, #1 New York Times bestselling author of Water for Elephants and Ape House

"Creating one of the most compelling protagonists I’ve read in a long time, Lydia Netzer manages to capture the outsider in each of us. Whether looking at the moon, a child, the suburban landscape, or the face in the mirror, Netzer shows us something we’ve never seen before, something we thought we knew. A beautifully written story where the exception proves the rule: the things that seem to divide us are, ultimately, the very things that unite us." —Brunonia Barry, New York Times bestselling author of The Lace Reader and The Map of True Places.

“A perfectly structured gem of a book that held me spellbound as I unraveled the twisted histories of this unconventional family. You’ve never read anything like it, and yet Sunny’s story is every woman’s story. We are all outsiders, all alone in space, all trying so hard to find a place called home. I loved this book.” —Joshilyn Jackson, New York Times bestselling author of Gods in Alabama and Backseat Saints

LYDIA NETZER was born in Detroit and educated in the Midwest. She lives in Virginia with her two home-schooled children and math-making husband. When she isn't teaching, reading, or writing her next novel, she plays the guitar in a rock band.
Loading...
or
Not Currently Available for Direct Purchase