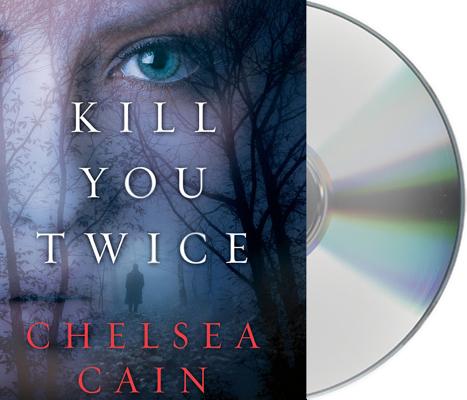 “In this fifth Archie/Gretchen matchup, Chelsea Cain’s writing is sharp as a scalpel, and Delaine wields it with deadly accuracy.” – AudioFile Magazine, AudioFile Earphones Award Winner

“Reader Christina Delaine does a fine job differentiating between female characters…Her triumph is the evil tone she brings to Gretchen.” – The Star-Ledger

Praise for the print edition of Kill You Twice

CHELSEA CAIN'S first four novels featuring Archie Sheridan have all been "New York Times" bestsellers. Also the author of "Confessions of a Teen Sleuth," a parody based on the life of Nancy Drew, and several nonfiction titles, she was born in Iowa, raised in Bellingham, Washington, and now lives in Portland, Oregon.CHRISTINA DELAINE is a successful audio book narrator who has voiced the works of several "New York Times" bestsellers such as Chelsea Cain and Erica Spindler. She won "AudioFile" Earphones Awards for her readings of Susan Wilson's "The Dog Who Danced "and Chelsea Cain's "Kill You Twice. "
Loading...
or support indie stores by buying on
(This book is on backorder)