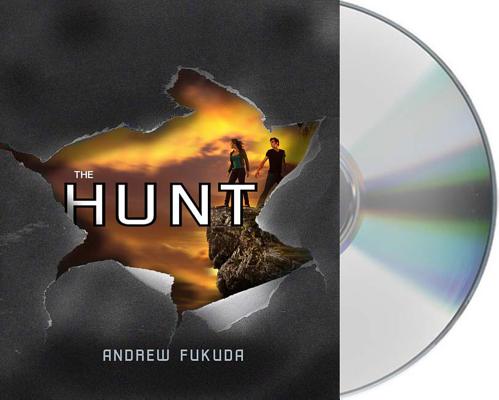 Don't Sweat. Don't Laugh. Don't draw attention to yourself. And most of all, whatever you do, do not fall in love with one of them.

Gene is different from everyone else around him. He can't run with lightning speed, sunlight doesn't hurt him and he doesn't have an unquenchable lust for blood. Gene is a human, and he knows the rules. Keep the truth a secret. It's the only way to stay alive in a world of night a world where humans are considered a delicacy and hunted for their blood.
When he's chosen for a once in a lifetime opportunity to hunt the last remaining humans, Gene's carefully constructed life begins to crumble around him. He's thrust into the path of a girl who makes him feel things he never thought possible and into a ruthless pack of hunters whose suspicions about his true nature are growing. Now that Gene has finally found something worth fighting for, his need to survive is stronger than ever but is it worth the cost of his humanity?


Praise For The Hunt…

“Runnette does an excellent job of slowly adding layers of emotion and confusion to the character, and his cool delivery of the narration adds to the suspense.” – AudioFile Magazine

“The scenario of Andrew Fukuda’s ‘The Hunt’ is so wildly fantastic (in a good way) that narrator Sean Runnette delivers just what this story needs: a clear, steady voice.” – The Los Angeles Times

Born in Manhattan and raised in Hong Kong, ANDREW FUKUDA currently resides on Long Island, New York. After earning a bachelor's degree in history from Cornell University, Fukuda went on to work as a criminal prosecutor in New York City. He now writes full time.Sean Runnette, a multiple "AudioFile" Earphones Award winner, has produced several Audie Award-winning audiobooks and has also narrated works by John Steinbeck and Richard P. Feynman. He is a member of the American Repertory Theater company and has toured internationally with Mabou Mines, an avant-garde theater company. Sean's television and film appearances include "Two If by Sea," "Copland," "Sex and the City," "Law & Order," "Third Watch."
Loading...
or
Not Currently Available for Direct Purchase