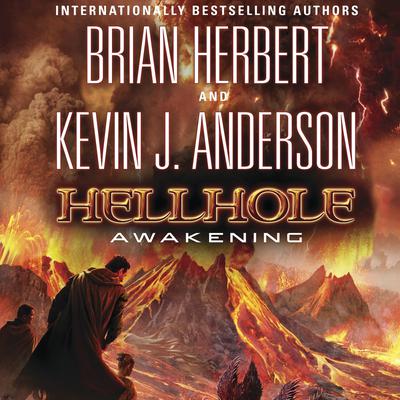 In Brian Herbert and Kevin J. Anderson's Hellhole: Awakening, rebel General Adolphus knows the crackdown is coming. He's declared his independence from the corrupt Constellation, and now he needs to pull together the struggling Hellhole colony, the ever-expanding shadow-Xayan settlement, and his connections with the other Deep Zone worlds. Even then, he doubts his desperate measures will be enough.

Diadem Michella Duchenet has collected a huge space fleet led by Commodore Escobar Hallholme, son of the hero who originally defeated Adolphus. They expect resistance from the General's rebels, but who could possibly stand up to such a mighty fleet?

Adolphus knows he's running out of time, but he still has some hope—the shadow-Xayans have banded together to defend their sacred planet with "telemancy," but can they discover new powers to protect all the stored alien lives on the already devastated world? And when all hope seems lost, the awakened Xayans reveal information hidden even from their own followers—the existence of a bigger threat that makes even the Constellation fleet seem insignificant.

Disaster has come for General Adolphus and Hellhole…and this time there is no escape.