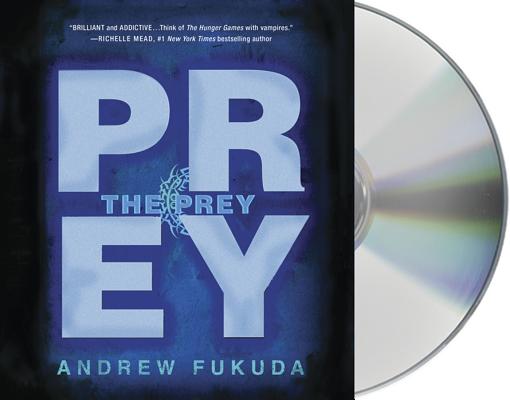 Their escape takes them to a refuge of humans living high in the mountains. Gene and his friends think they're finally safe, but not everything here is as it seems. And before long, Gene must ask himself if the new world they've entered is just as evil as the one they left behind. As their enemies close in on them and push Gene and Sissy closer, one thing becomes painfully clear: all they have is each other if they can stay alive.

Chilling, inventive, and electrifying, "The Prey "is the second book in Andrew Fukuda's "The Hunt "series.


Praise For The Prey…

"The scenario of Andrew Fukuda's The Hunt is so wildly fantastic (in a good way) that narrator Sean Runnette delivers just what this story needs: a clear, steady voice." —Los Angeles Times on The Hunt

Born in Manhattan and raised in Hong Kong, ANDREW FUKUDA currently resides on Long Island, New York. After earning a bachelor's degree in history from Cornell University, Fukuda went on to work as a criminal prosecutor in New York City. He now writes full time.Sean Runnette, a multiple "AudioFile" Earphones Award winner, has produced several Audie Award-winning audiobooks and has also narrated works by John Steinbeck and Richard P. Feynman. He is a member of the American Repertory Theater company and has toured internationally with Mabou Mines, an avant-garde theater company. Sean's television and film appearances include "Two If by Sea," "Copland," "Sex and the City," "Law & Order," "Third Watch."
or
Not Currently Available for Direct Purchase