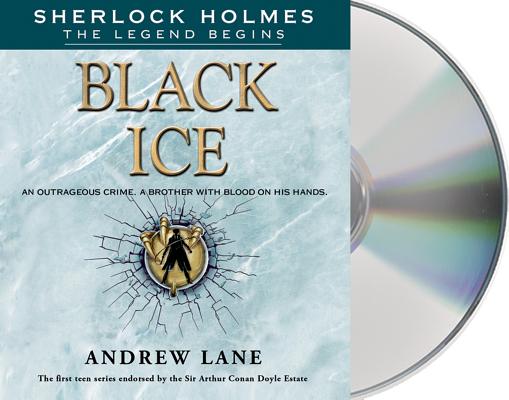 When Sherlock and Amyus Crowe, his American tutor, visit Sherlock's brother Mycroft in London, what they find shocks both of them to the core: a locked room, a dead body, and Mycroft holding a knife. The police are convinced Mycroft is a vicious murderer, but Sherlock is just as convinced he is innocent. Threatened with the gallows, Mycroft needs Sherlock to save him. The search for the truth necessitates an incredible journey, from a railway station for the dead in London all the way to the frozen city of Moscow—where Sherlock is entangled in a world of secrets and danger.

In Andrew Lane's Black Ice, the unstoppable teenage sleuth undertakes his third fantastic adventure, as one deadly puzzle leads only to another. Sherlock Holmes: Think you know him? Think again.

“James Langton's expert narration brings out both the fun of seeing Holmes make mistakes and the tension of observing the boy and his mentor sift through clues to reveal the sinister plot to destroy Mycroft…Manipulating the drama and pacing of his reading, Langton gives us the creeps when young Sherlock is lost in dark tunnels and keeps us glued to our earbuds when the boy is running for his life.” —AudioFile Magazine, Earphones Award winner

“Narrator James Langton brings all the characters to life – from the Holmes brothers and Crowe to violinist Rufus Stone and the cast of the British acting troupe on tour in Russia. This episode will delight fans of Lane's previous books.” —School Library Journal

Andrew Lane is a barrister with Cornerstone Barristers, a leading national chambers, with extensive local authority experience. Andrew has particular expertise in advising and acting for social landlords.

Before coming to the Bar he worked in advice work in both the statutory and voluntary sector and was for four years, in the early 1990s, a local councillor on Oxford City Council, including a period as Chair of the Housing Committee.