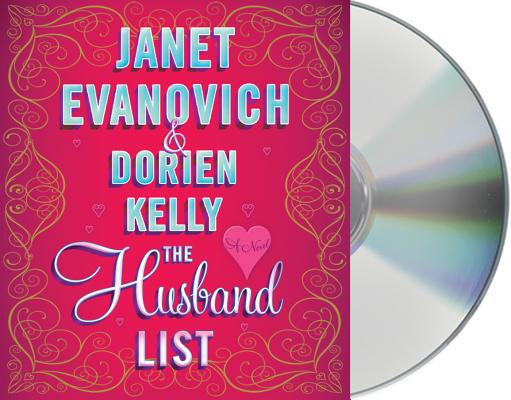 Based on the family from the bestselling "Love in a Nutshell," the story of an heiress longing to marry for love or not at all...

From "The New York Times" bestselling writing duo Janet Evanovich and Dorien Kelly, comes the story of a young woman's search for true love. Caroline Maxwell would like nothing more than to join her brother, Eddie, and his friend, Jack Culhane, on their adventures. While Jack and Eddie are off seeing the world, buying up businesses and building wildly successful careers, Caroline's stuck at home frightening off the men her mother hopes will ask for her hand in marriage. When her mother sets her sights on the questionable Lord Bremerton as a possible suitor, Caroline struggles with her instincts and the true nature of her heart. She longs for adventure, passion, love, and most of all . . . Jack Culhane, an unconventional Irish-American bachelor with new money and no title. A completely unacceptable suitor in the eyes of Caroline's mother. But Caroline's dark hair, brilliant eyes and quick wit have Jack understanding just why it is people fall in love and get married.

Set in New York City in 1894, "The Husband List "is an American gilded age romantic mystery. It evokes memories of the lavish lifestyles and social expectations of the Vanderbilts and Rockefellers a time when new money from the Americas married Old World social prestige and privilege. Dresses by Worth, transcontinental ocean voyages, lavish parties, a little intrigue, and a lot of romance await in, "The Husband List.

JANET EVANOVICH is the #1 bestselling author of the Stephanie Plum novels, the Lizzy and Diesel series, and "How I Write: Secrets of a Bestselling Author," and a dozen romance novels. She lives in Florida.DORIEN KELLY lives in Michigan with assorted children and rescue dogs. She is a New York Times best selling author and a past-President of Romance Writers of America. LORELEI KING'S many awards include the 2008 Audie Award for Female Solo Narration for "Tallgrass" by Sandra Dallas, the Radio Times performer of the Year for "The Blind Assassin" by Margaret Atwood, and "AudioFile" Earphones Awards for "Eleven on Top" and "Twelve Sharp, " both by Janet Evanovich. "AudioFile" also deemed her one of the "Best Voices of 2008."
Loading...
or
Not Currently Available for Direct Purchase