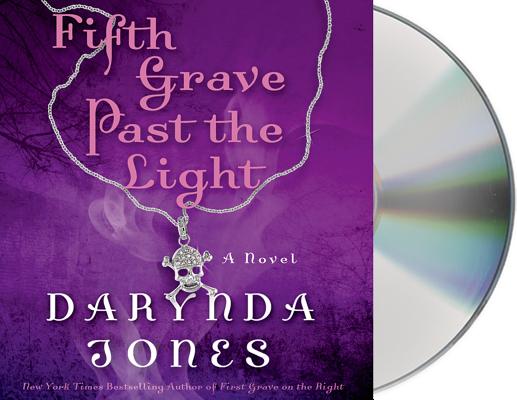 Never underestimate the power of a woman
on a double espresso with a mocha latte chaser high.

Charley Davidson isn't your everyday, run-of-the-mill grim reaper. She's more of a paranormal private eye/grim reaper extraordinaire. However, she gets sidetracked when the sexy, sultry son of Satan, Reyes Farrow, moves in next door. To further complicate matters, Reyes is her main suspect in an arson case. Charley has vowed to stay away from him until she can find out the truth…but then dead women start appearing in her apartment, one after another, each lost, confused, and terrified beyond reason. When it becomes apparent that her own sister, Gemma, is the serial killer's next target Charley has no choice but to ask for Reyes' help. Arsonist or not, he's the one man alive who could protect Gemma no matter who or what came at her. But he wants something in return. Charley. All of her, body and soul. And to keep her sister safe, it is a price she is willing to pay.

“Narrator Lorelei King's inspired interpretation of Jones's characters allows listeners to truly lose themselves in this otherworldly tale. King's delivery is well paced and simple, and her characterizations lend the book an air of believability and immediacy…inspired, realistic, and entertaining, King's performance ability is the perfect medium for Jones's witty and cunning prose.” —Publishers Weekly