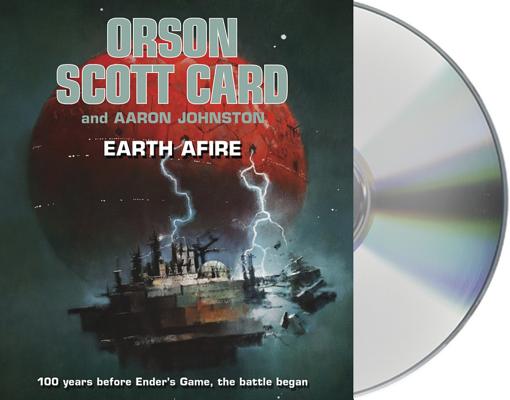 One hundred years before Ender's Game, the aliens arrived on Earth with fire and death. Earth Afire by Orson Scott Card and Aaron Johnston is the story of the First Formic War.

And when that happened, only Mazer Rackham and the Mobile Operations Police could move fast enough to meet the threat.

“With a stellar cast of narrators, this prequel to Card's sci-fi classic Ender's Game is a rollicking, rollercoaster ride of an adventure…From the very beginning of this audio edition, the almost nonstop action is delivered perfectly, keeping listeners on the edge of their seats. At the same time, the narrators manage to bring a large and diverse cast of characters to life with a sharply realized array of distinct voices and accents.” —Publishers Weekly, starred review

“The gifted Stefan Rudnicki leads a team of talented narrators who do an excellent job of keeping vivid and focused the two-dozen or so characters and multiple locations…Orson Scott Card remains a master storyteller, and each narrator is right there with him as he mixes hard science and psychological insights – right up to the cliff-hanger ending.” —AudioFile Magazine, Earphones Award Winner