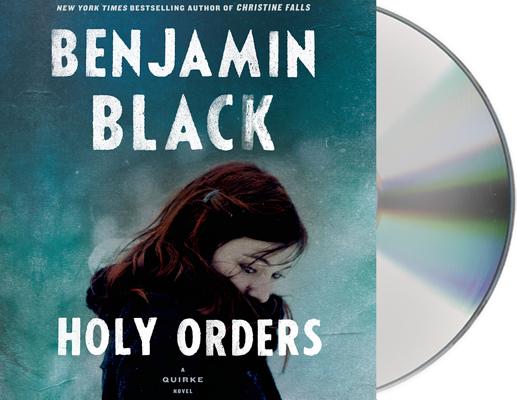 So begins the latest Quirke case, a story set in Dublin at a moment when newspapers are censored, social conventions are strictly defined, and appalling crimes are hushed up. Why? Because in 1950s Ireland the Catholic Church controls the lives of nearly everyone. But when Quirke's daughter Phoebe loses her close friend Jimmy Minor to murder, Quirke can no longer play by the Church's rules. Along with Inspector Hackett, his sometime partner, Quirke investigates Jimmy's death and learns just how far the Church and its supporters will go to protect their own interests.

Haunting, fierce, and brilliantly plotted, Holy Orders is Benjamin Black writing at the top of his form. His inimitable creation, the endlessly curious Quirke, brings a pathologist's unique understanding of death to unlock the most dangerous of secrets.

“Dalton's soul-stirring Shakespearean intonation was ideal for earlier books in the series, as they largely were told from the point of view of the protagonist Quirke, a brooding, alcoholic pathologist. But with that perspective subsequently having been paired with the additional perspective of Quirke's daughter, Phoebe, I now realize John Keating – who most recently read Black's ‘A Death in Summer' – is perfect for these alternating voices.” —The Star-Ledger