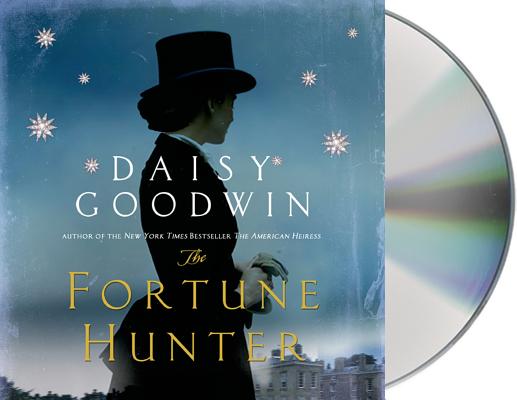 Empress Elizabeth of Austria, known as "Sisi," is the Princess Diana of nineteenth-century Europe. Famously beautiful, as captured in a portrait with diamond stars in her hair, she is unfulfilled in her marriage to the older Emperor Franz Joseph. Sisi has spent years evading the stifling formality of royal life on her private train or yacht or, whenever she can, on the back of a horse. Captain Bay Middleton is dashing, young, and the finest horseman in England. He is also impoverished, with no hope of buying the horse needed to win the Grand National—until he meets Charlotte Baird. A clever, plainspoken heiress whose money gives her a choice among suitors, Charlotte falls in love with Bay, the first man to really notice her, for his vulnerability as well as his glamour. When Sisi joins the legendary hunt organized by Earl Spencer in England, Bay is asked to guide her on the treacherous course. Their shared passion for riding leads to an infatuation that threatens the growing bond between Bay and Charlotte, and all of their futures.
The Fortune Hunter, the brilliant new novel by Daisy Goodwin, is a lush, irresistible story of the public lives and private longings of grand historical figures.

“Dripping with acerbic affectation and perfect British and Newport upper-crust accents, Katherine Kellgren deliciously portrays wealthy, beautiful, naïve Cora Cash…This story is filled with a full cast of unlikeable characters…Kellgren delivers each perfectly and convincingly conveys the worst that lack of character has to offer on both sides of the pond.” —AudioFile Magazine on the Audiobook Edition of The American Heiress

“Ketherine Kellgren, a truly accomplished voice actress, affects a la-di-da intercontinental accent for the narration of this puree of Edith Wharton, ‘Downtown Abbey' and pulp romance.” —The Washington Post on the Audiobook Edition of The American Heiress

“This audiobook is full of historical detail about the lives of the rich and famous at the turn of the last century, from fashion and food to living spaces and manners. I think I listened to the descriptions of Cora's Parisian-made trousseau about five or six times so that I could picture each sumptuous, amazing gown clearly in my mind.” —Star-Telegram on the Audiobook Edition of The American Heiress

“This audio presentation, narrated by Katherine Kellgren, who moves with effortless authenticity from the haughty Mayfair drawl of the Prince of Wales to the self-important, Southern tinged cadences of a rich American society matron, is bound to top the list of super-summer-beach listens.” —BookPage on the Audiobook Edition of The American Heiress

“The characters are varied and lively and brought to life skillfully by narrator Katherine Kellgren. Those who read Daphne de Maurier and other authors in the genre will enjoy this title. Recommended.” —Library Journal on the Audiobook Edition of The American Heiress

“From the first plummy tones of Katherine Kellgren's voice, you know you're in for a guilty pleasure…This is ‘Upstairs/Downstairs,' ‘The Age of Innocence' and ‘Downton Abbey' rolled into one.” —The Winston-Salem Journal on the Audiobook Edition of The American Heiress