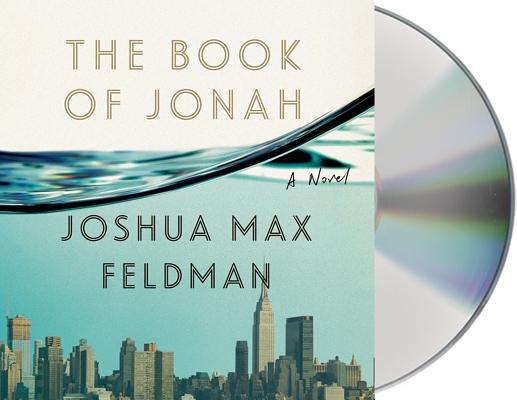 The Book of Jonah

The modern-day Jonah at the center of Joshua Max Feldman's brilliantly conceived retelling of the Book of Jonah is a young Manhattan lawyer named Jonah Jacobstein. He's a lucky man: healthy and handsome, with two beautiful women ready to spend the rest of their lives with him and an enormously successful career that gets more promising by the minute. He's celebrating a deal that will surely make him partner when a bizarre, unexpected biblical vision at a party changes everything. Hard as he tries to forget what he saw, this disturbing sign is only the first of many Jonah will witness, and before long his life is unrecognizable. Though this perhaps divine intervention will be responsible for more than one irreversible loss in Jonah's life, it will also cross his path with that of Judith Bulbrook, an intense, breathtakingly intelligent woman who's no stranger to loss herself. As this funny and bold novel moves to Amsterdam and then Las Vegas, Feldman examines the way we live now while asking an age-old question: How do you know if you're chosen?


Praise For The Book of Jonah: A Novel…

“The storytelling, infused with energy throughout, gathers momentum and culminates in an enigmatic, unexpected ending. . . The risk-taking and sheer weirdness of The Book of Jonah is worth applauding.” —The New York Times Book Review

“A beguiling first novel. . . Feldman gives ample proof that he can write about well-dressed New Yorkers with the same prickly wit that Claire Messud offered in The Emperor's Children . . . His satire lacks that astringent bitterness that can make some witty novels seem heartless. And his willingness to pose the big questions to the whirlwind makes for unusually thoughtful reading.” —The Washington Post

“Brave and necessary . . . one of the few novels I've read recently that is a genuine page-turner.” —Cleveland Plain Dealer

“Feldman captures the contemporary New York zeitgeist but also effectively tackles questions of biblical proportions: How can we live in a world we can't comprehend? How can we serve a God whose will we can't understand?” —Shelf Awareness

“The Book of Jonah is a debut that heralds great promise. With shrewd allusion, finely wrought characters and a pulsing, page-turning narrative, Feldman works new and inventive wonders from an ancient template.” —Minneapolis Star-Tribune

“Deft and entertaining . . . What a sweet tale this is. While Feldman's prose is assured and sophisticated, the story is one of the oldest. And, in this telling, is worthy of repeating.” —New York Daily News

“As up-to-date as an iPhone 5S and as timeless as the question it asks: How do we live a righteous life? For all the ironic cool of his novel's slick, modern surface, like writers of the best moral fiction, Joshua Max Feldman touches us in ways that are anything but superficial.” —Bookpage

“Feldman is clever in his use of the Jonah story, and his novel is of the same strange and enigmatic quality as the original.” —Kirkus

“Joshua Max Feldman's debut novel is impressive experimentation with allegory and the antihero…Feldman transforms the archaic dichotomy of good-versus-evil into a profoundly contemporary rumination on the binary of evil and truth.” —The National Jewish Book Council

“It is rare that a novel juxtaposes the contemporary world and the biblical one in such dramatic fashion. The Book of Jonah is a compelling read, a clever deconstruction of modern life as reflected in an ancient and timeless lens.” —Abraham Verghese, author of Cutting for Stone

“The text of the biblical Book of Jonah is minimal, and its God and its Jonah are ciphers, and their motives enigmatic, but the Jonah of Joshua Feldman's novel is fully realized, a New York corporate lawyer making recognizable compromises until, brushed by the divine, his world dissolves. This engaging novel gives form to an opaque and ancient story while retaining that story's mystery.” —Zachary Mason, author of The Lost Books of the Odyssey

Joshua Max Feldman is a writer of fiction and plays. Born and raised in Amherst, Massachusetts, he graduated from Columbia University and currently lives in Brooklyn. The Book of Jonah is his first novel.