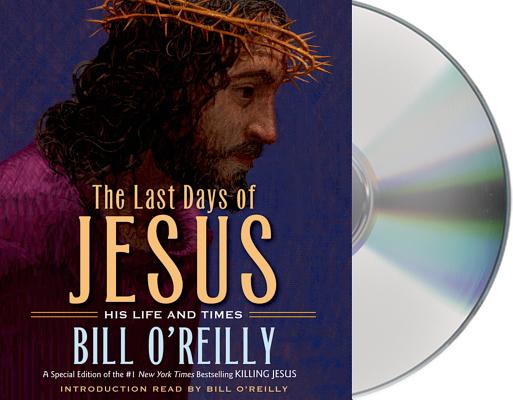 Two thousand years ago, Jesus walked across Galilee; everywhere he traveled he gained followers. His contemporaries are familiar historical figures: Julius Caesar, Caesar Augustus, Herod the Great, Pontius Pilate. It was an era of oppression, when every man, woman, and child answered to the brutal rule of Rome. In this world, Jesus lived, and in this volatile political and historical context, Jesus died—and changed the world forever. Adapted from Bill O'Reilly's bestselling historical thriller Killing Jesus, and richly illustrated, The Last Days of Jesus is a riveting, fact-based account of the life and times of Jesus.

Praise For The Last Days of Jesus: His Life and Times…

Edward Herrmann's many television credits include his Emmy-nominated portrayals of Franklin D. Roosevelt and his guest role in The Practice, for which he won an Emmy.  He has also played the part of Richard Gilmore on the popular television series Gilmore Girls and appeared in Grey's Anatomy, 30 Rock, and Law & Order.  On stage, Edward has appeared on Broadway, most notably as Frank Gardner in Mrs. Warren's Profession, for which he won a Tony Award.  His film work includes roles in The Great Waldo Pepper, The Paper Chase, Overboard,The North Avenue Irregulars, and Woody Allen's The Purple Rose of Cairo. Edward has narrated over 300 titles, including Thurston Clarke's Ask Not, published by Macmillan Audio.  AudioFile magazine has deemed Edward a "Golden Voice," and he has received multiple awards and nominations for AudioFile's Earphones Awards and Audie Awards.
Loading...
or
Not Currently Available for Direct Purchase