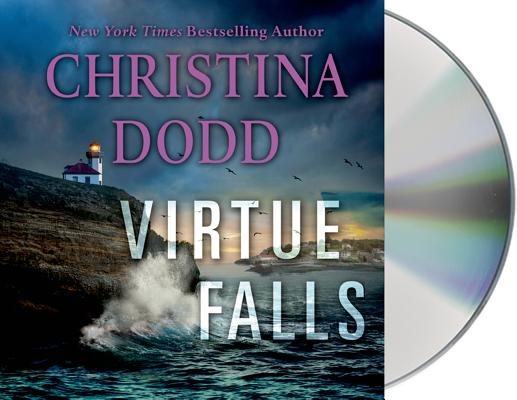 A Novel (The Virtue Falls Series #1)

Twenty-three years ago, Misty Banner was brutally slashed to death in her home in Virtue Falls, Washington. Her husband was convicted of the murder. Their four year old daughter Elizabeth witnessed the crime, but has no memory of the killing. Now, two decades later, Elizabeth is back in Virtue Falls. She soon discovers her father is innocent. The real killer is still out there. And her investigation has stirred dark and deadly resentments that could provoke in another bloody murder—her own—in this riveting novel from bestselling author Christina Dodd.

“Edge of the seat suspense and fascinating premise. Couldn't put it down. My kind of thriller!” —Iris Johansen

“Tight, edgy, and compelling, Virtue Falls redefines the romantic thriller. This is my favorite kind of suspense... I loved it. Fans of Nora Roberts will devour Virtue Falls.” —Jayne Ann Krentz

“Compulsively readable...I love all the characters, all the stories, and the chilling violence that binds them all together.” —Elizabeth Lowell

“What an absolute thrill ride of a book! Sign me up for anything Christina Dodd writes.” —Karen Robards

“Romance star Dodd moves firmly into thriller territory, and a fascinating premise combined with a complex, layered plot, insightful characterization and agile storytelling make for a winning read. Intense and suspenseful, with touches of romance, humor and mysticism.” —Kirkus Reviews

“Dodd slowly ratchets up the suspense level to the breaking point, while introducing readers to the diverse and quirky characters who live in the small town, and Virtue Falls' claustrophobic atmosphere adds to the menacing sense of danger. With this nail-biting book, RITA Award-winning Dodd shifts the dial of her writing more to the suspense side, but the novel's sexy romantic core will still please her longtime fans.” —Booklist, starred review