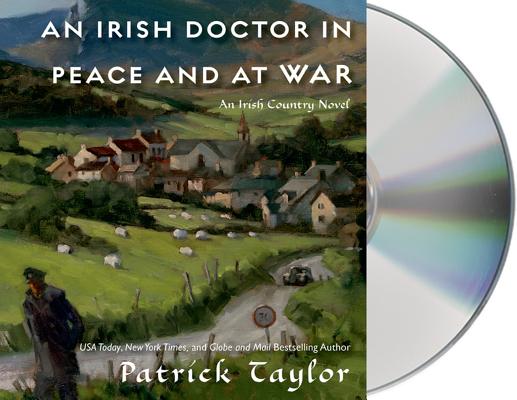 Doctor O'Reilly heeds the call to serve his country in Irish Doctor in Peace and At War, the new novel in Patrick Taylor's beloved Irish Country series

Life in Ballybuckebo is a far cry from the strife of war, but over two decades later O'Reilly and his younger colleagues still have plenty of challenges: an outbreak of German measles, the odd tropical disease, a hard-fought pie-baking contest, and a local man whose mule-headed adherence to tradition is standing in the way of his son's future. Now older and wiser, O'Reilly has prescriptions for whatever ails…until a secret from the past threatens to unravel his own peace of mind.

“Charming, full of Irish wit and wisdom...and, of course, all the village characters we've come to love. For those just discovering the Irish doctor, this book can stand on its own, but it will leave the reader wanting more.” —Booklist on Fingal O'Reilly, Irish Doctor

“What Herriot did for Yorkshire, Taylor now does for Northern Ireland's Country Antrim and County Down, minus the animals, of course, but with all the good sentiments.” —Kirkus Reviews on An Irish Country Wedding