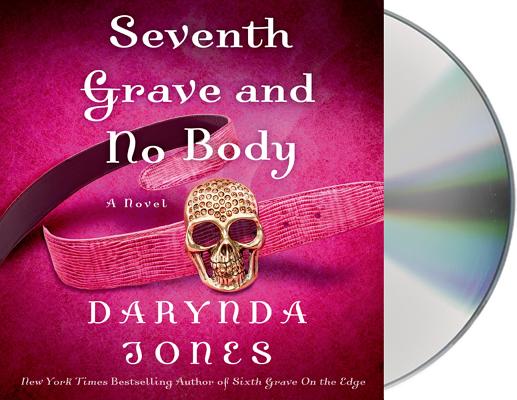 Twelve. Twelve of the deadliest beasts ever forged in the fires of hell have escaped onto our plane, and they want nothing more than to rip out the jugular of Charley Davidson and serve her lifeless, mangled body to Satan for dinner. So there's that. But Charley has more on her plate than a mob of testy hellhounds. For one thing, her father has disappeared, and the more she retraces his last steps, the more she learns he was conducting an investigation of his own, one that has Charley questioning everything she's ever known about him. Add to that an ex-BFF who is haunting her night and day, a rash of suicides that has authorities baffled, and a drop-dead sexy fiancé who has attracted the attentions of a local celebrity, and Charley is not having the best week of her life. But all of that combined barely scratches the surface of her problems. Recent developments—and a few distressing prophesies—have forced her to become a responsible adult. Exactly the kind of adult she's never aspired to be. To conquer such a monumental task, she's decided to start small. Really small. She gets a pet. But how can she save the world against the forces of evil when she can't even keep a goldfish alive?

A tad north of hell, a hop, skip, and a jump past the realm of eternity, is a little place called Earth, and Charley Davidson, grim reaper extraordinaire, is determined to do everything in her power to protect it.
We're doomed.

“Sexy, sassy...Jones's characters, both living and dead, are colorful and endearing.” —The Associated Press on First Grave on the Right

“Jones makes a truly memorable debut with her unique tale that is sexy, mysterious, and sarcastically fun!” —RT Book Reviews on First Grave on the Right

“Jones perfectly balances humor and suspense...will leave readers eager for her next installment.” —Publishers Weekly (starred review) on Second Grave on the Left

“Jones has hit on the perfect recipe for a wisecracking, wickedly funny romp that is edged with truly chilling danger...sexy and mysterious.” —RT Book Reviews on Fifth Grave Past the Light

“Delivers plenty of thrills and laughs, as well as a deliciously explosive climax.” —Publishers Weekly on Sixth Grave on the Edge

“Übertalented Jones keeps stirring the pot and throwing in crazy new developments, guaranteed to keep her characters and readers zanily off balance.” —RT Book Reviews on Sixth Grave on the Edge