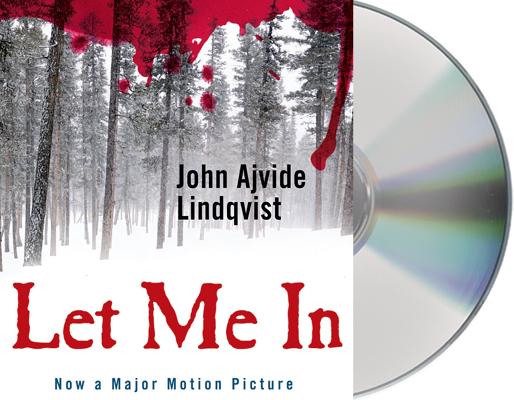 Already sold in ten countries, Let Me In introduces a startling new talent from Sweden whose work is creating an international sensation. John Ajvide Lindqvist has been compared to such top horror writers as Anne Rice, Clive Barker, Neil Gaiman, Whitley Strieber, and last but certainly not least, Stephen King—American readers of vampire fiction will be thrilled!

It is autumn 1981 when the inconceivable comes to Blackeberg, a suburb in Sweden. The body of a teenage boy is found, emptied of blood, the murder rumored to be part of a ritual killing. Twelve-year-old Oskar is personally hoping that revenge has come at long last---revenge for the bullying he endures at school, day after day.

But the murder is not the most important thing on his mind. A new girl has moved in next door---a girl who has never seen a Rubik's Cube before, but who can solve it at once. There is something wrong with her, though, something odd. And she only comes out at night. . . .

“Absolutely chilling. This page-turner grabs you from the onset and just won't let go. Vampires at their Anne Ricean best!” —L. A. Banks, author of the Vampire Huntress series

“A must for vampire fans, even those who think they've seen it all.” —Katherine Ramsland, author of Piercing the Darkness, The Science of Vampires, and The Vampire Companion

“Readers are familiar with modern Sweden through its distinctive crime fiction. Now John Ajvide Lindqvist is taking a Gothic look at the country's dark side. Henning Mankell's gloomy police procedurals were the first to become international bestsellers in the middle 1990s and spearheaded an explosion, but the latest publishing phenomenon to come out of Sweden seems to be plumping for a different genre. John Ajvide Lindqvist has become an overnight cult figure.” —The Age (Australian)

“Let Me In, a Swedish book taking the publishing world by storm, is a different, surprising, and sometimes delightful reading experience. Delightful would not normally be the first word that springs to mind when describing a blood-soaked plot.… It is Lindqvist’s great skill that a strong thread of innocence continues alongside this horror.
” —The Sunday Telegraph (Australia)

“It is easy to compare Lindqvist to Clive Barker or Neil Gaiman. When you reach the last page, you are left with the wonderful tingling sensation that only comes with a brand-new love affair or a really great book.” —Dagens Næringsliv (Norway)

“Impressive…can certainly compare with some of the best international authors…Lindqvist is as learned as Anne Rice as far as the most updated vampire mythology is concerned.” —Dagens Nyheter (Sweden)

“One of the creepiest and most imaginative stories of the decade…echoes Stephen King at the height of his storytelling powers.” —Sunday Herald-Sun (Australia)

Ebba Segerberg is a translator of Swedish literature with a focus on Swedish crime fiction. Her translations include several installments of the Wallander series by Henning Mankell and Let Me In by John Ajvide Lindqvist. She has worked in a variety of other genres and formats including biography, short stories, and screenplays. She holds a PhD in Swedish literature and film studies from the University of California at Berkeley, and currently lives in Saint Louis, Missouri.
Loading...
or
Not Currently Available for Direct Purchase