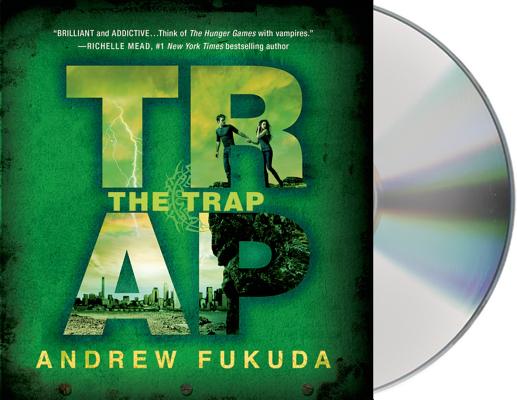 From author Andrew Fukuda comes The Trap, the explosive finale to The Hunt trilogy.

Born in Manhattan and raised in Hong Kong, ANDREW FUKUDA currently resides on Long Island, New York. After earning a bachelor's degree in history from Cornell University, Fukuda went on to work as a criminal prosecutor in New York City. He now writes full time. He is the author of The Hunt, The Prey, and The Trap.

Sean Runnette, a multiple AudioFile Earphones Award winner, has produced several Audie Award–winning audiobooks and has also narrated works by John Steinbeck and Richard P. Feynman. Of his performance of The Courage to be Free, AudioFile Magazine wrote "Runnette’s tender approach to every sentence and paragraph helps the author’s wisdom glow. Along with the understated power of the author’s writing, Runnette’s performance makes this one of the most arresting and thought-provoking audiobooks available today". He is a member of the American Repertory Theater company and has toured internationally with Mabou Mines, an avant-garde theater company. Sean's television and film appearances include Two If by Sea, Copland, Sex and the City, Law & Order, Third Watch.
Loading...
or
Not Currently Available for Direct Purchase