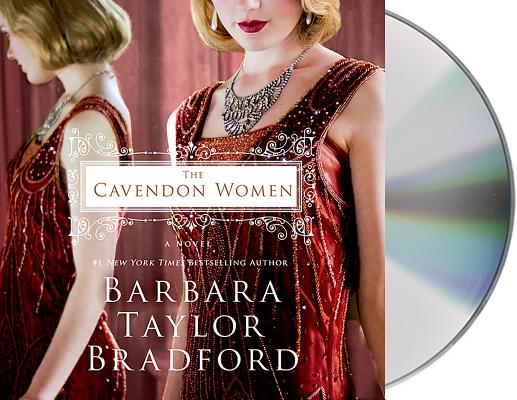 The Cavendon Women, the stunning sequel to Barbara Taylor Bradford's Cavendon Hall follows the Inghams' and the Swanns' journey from a family weekend in the summer of 1926 through to the devastation of the Wall Street crash of 1929. It all begins on a summer weekend in July of 1926 when, for the first time in years, the earl has planned a family weekend. As the family members come together, secrets, problems, joys, and sorrows are revealed. As old enemies come out of the shadows and the Swanns' loyalty to the Ingham gets tested in ways none of them could have predicted, it's up to the Cavendon women to band together and bring their family into a new decade, and a new way of life.

“First there was A Woman of Substance . . . and now from the same author comes an evocative and captivating story, filled with fascinating and compelling characters, drama, intrigue, love, passion, and revenge . . . Vintage storytelling from 'Britain's premier romantic novelist.'” —Daily Mail on Cavendon Hall

Barbara Taylor Bradford was born and raised in England. She left school at 15 for the typing pool at the Yorkshire Evening Post. At 16 she was a reporter, and at 18 she became the paper’s first woman's page editor and, at 20, moved to London and became a fashion editor and columnist on Fleet Street.
Barbara published her first novel, A Woman of Substance, in 1979. It went from bestseller to super seller within its first year and stayed on the New York Times’ list for 43 weeks.
Barbara has had 38 books published, all worldwide bestsellers. Her 39th novel, A Man of Honour, will be the prequel to A Woman of Substance. Ninety million copies of her books have been sold to date. They are published in over 40 languages and in more than 90 countries.
In October 2007, Barbara was appointed an OBE by The Queen for her services to literature. Barbara is the recipient of 25 other awards for her writing achievements and philanthropy. She is an ambassador for the National Literacy Trust, an independent UK charity that transforms lives through literacy, and is passionate about empowering girls to write and let their voices be heard through their stories and continues to support Literacy Partners US.
Described as the “grand dame of blockbusters”, “Queen of the genre”, Barbara’s amazing success has made her one of the most successful writers in the world today.