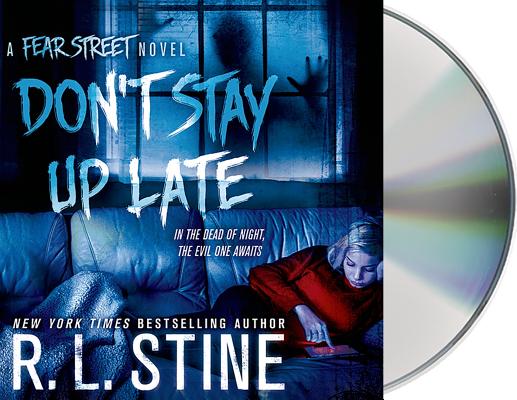 Watch the movies, listen to the audiobooks! The Fear Street movies are coming to Netflix this summer!

Generations of children and teens have grown up on R.L. Stine's bestselling and hugely popular horror series, Fear Street and Goosebumps. Now, the Fear Street series is back with a chilling new installment, packed with pure nightmare fodder that will scare Stine's avid fan base of teen listeners and adults. In the small town of Shadyside, don't stay up late, because horrible things can happen...

Both day and night, Lisa Brooks is plagued with nightmares and hallucinations. Could they be caused by the horrifying accident that landed her in the hospital for weeks? When Lisa finds out that a neighbor is looking for a babysitter for her little boy, Lisa jumps at the chance to keep busy and take her mind off of her troubling thoughts. But then the murders start -- and her friends begin dying one by one. Are Lisa's nightmares coming true? Find out in the next installment of R.L. Stine's Fear Street series, Don't Stay Up Late.


Praise For Don't Stay Up Late: A Fear Street Novel…

“You can now get excited for next year's October 31st. R.L. Stine is releasing a new book in his classic YA horror series, Fear Street, in time for Halloween 2014.” —Flavorwire.com

Before R. L. Stine made his name as the Stephen King of children's literature, he was the author of humorous fiction and an editor of Bananas magazine. He is the bestselling author of more than three hundred books, including the phenomenally bestselling Goosebumps series. It's the First Day of School . . . Forever! was Stine's first book with Feiwel and Friends.