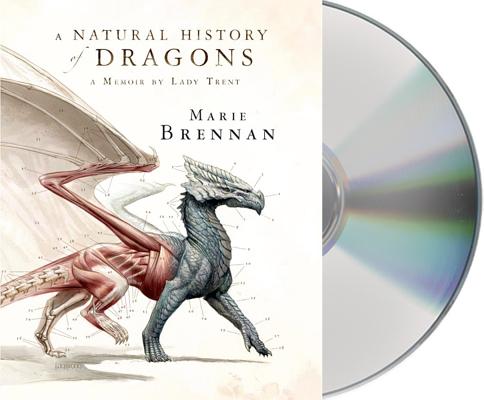 A Natural History of Dragons


Praise For A Natural History of Dragons: A Memoir by Lady Trent (The Lady Trent Memoirs #1)…

"Kate Reading’s narration in this novel is superb.... The life she brings into the already outstanding Lady Trent is phenomenal."—The Sound of Fantasy

“Saturated with the joy and urgency of discovery and scientific curiosity.” —Publishers Weekly (Starred Review)

“If you've ever secretly wished dragons were real, this story is for you. Fans of Naomi Novik and Mary Robinette Kowal will especially enjoy this book.” —RT Book Reviews

“Told in the style of a Victorian memoir, courageous, intelligent and determined Isabella's account is colorful, vigorous and absorbing. A sort of Victorian why-what-whodunit embellished by Brennan's singular upgrade of a fantasy bromide and revitalizingly different viewpoint.” —Kirkus Reviews

“Lady Trent is the Jane Goodall of dragonkind, and I'm glad she's finally sharing her story with the world.” —Jim C. Hines, author of Libriomancer

“A Natural History of Dragons stands somewhere between Naomi Novik and Elizabeth Peters, but rock-solidly in its own world and on its own terms. Highly recommended.” —Daniel Fox, author of Dragon in Chains

Kate Reading is the recipient of multiple AudioFile Earphones Awards and has been named by AudioFile magazine as a “Voice of the Century,” as well as the Best Voice in Science Fiction & Fantasy in 2008 and 2009 and Best Voice in Biography & Culture in 2010. She has narrated works by authors as Jane Austen, Robert Jordan, Edith Wharton, and Sophie Kinsella. Reading has performed at numerous theaters in Washington D.C. and received a Helen Hayes Award for her performance in Aunt Dan and Lemon. AudioFile Magainze reports that, "With subtle control of characters and sense of pacing, Kate’s performances are a consistent pleasure.".
Loading...
or
Not Currently Available for Direct Purchase