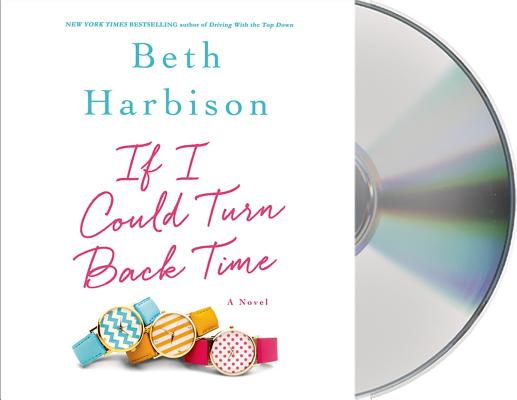 If I Could Turn Back Time

Told with Beth Harbison's wit and warmth, If I Could Turn Back Time is the fantasy of every woman who has ever thought, "If I could go back in time, knowing what I know now, I'd do things so differently..."

Thirty-seven year old Ramie Phillips has led a very successful life. She made her fortune and now she hob nobs with the very rich and occasionally the semi-famous, and she enjoys luxuries she only dreamed of as a middle-class kid growing up in Potomac, Maryland. But despite it all, she can't ignore the fact that she isn't necessarily happy. In fact, lately Ramie has begun to feel more than a little empty.

On a boat with friends off the Florida coast, she tries to fight her feelings of discontent with steel will and hard liquor. No one even notices as she gets up and goes to the diving board and dives off...

Suddenly Ramie is waking up, straining to understand a voice calling in the distance...It's her mother: "Wake up! You're going to be late for school again. I'm not writing a note this time..."

Ramie finds herself back on the eve of her eighteenth birthday, with a second chance to see the people she's lost and change the choices she regrets. How did she get back here? Has she gone off the deep end? Is she really back in time? Above all, she'll have to answer the question that no one else can: What it is that she really wants from the past, and for her future?

Beth Harbison is the New York Times bestselling author of Secrets of a Shoe Addict, Shoe Addicts Anonymous, Hope in a Jar and Thin, Rich, Pretty. She is also a serious product junkie, with enough lip glosses, shampoos, conditioners, and foundations to lube every car on the streets of suburban D.C., where she lives with her husband, two children and dogs.

Orlagh Cassidy is the winner of the 2009 Best Voice in Children & Family Listening and the 2008 and 2011 Best Voice in Mystery & Suspense. She’s narrated for Jacqueline Winspear, James Patterson, Erica Spindler, Beth Harbison, and Frank Herbert, among others.

Cassidy’s Broadway credits include Present Laughter with Frank Langella, Our Country's Good, and Suddenly Last Summer.  She has appeared Off-Broadway in Bright Ideas and The Field at The Irish Rep (Drama Desk Nomination). She was "Doris Wolfe" on The Guiding Light and her other television appearances include Sex and the City, Law & Order, Law and Order SVU, and Elementary.  She also appeared in the films Purple Violets, Young Adult, and Definitely, Maybe.