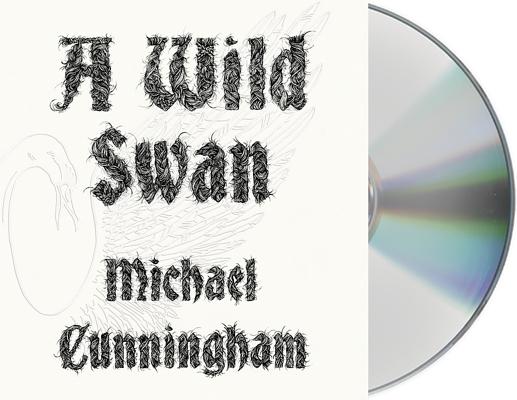 A poisoned apple and a monkey's paw with the power to change fate; a girl whose extraordinarily long hair causes catastrophe; a man with one human arm and one swan's wing; and a house deep in the forest, constructed of gumdrops and gingerbread, vanilla frosting and boiled sugar. In A Wild Swan and Other Tales, the people and the talismans of lands far, far away—the mythic figures of our childhoods and the source of so much of our wonder—are transformed by Michael Cunningham into stories of sublime revelation.
Here are the moments that our fairy tales forgot or deliberately concealed: the years after a spell is broken, the rapturous instant of a miracle unexpectedly realized, or the fate of a prince only half cured of a curse. The Beast stands ahead of you in line at the convenience store, buying smokes and a Slim Jim, his devouring smile aimed at the cashier. A malformed little man with a knack for minor acts of wizardry goes to disastrous lengths to procure a child. A loutish and lazy Jack prefers living in his mother's basement to getting a job, until the day he trades a cow for a handful of magic beans.
Reimagined by one of the most gifted storytellers of his generation, our bedtime stories been this dark, this perverse, or this true.

Program contains music composed specifically for the audiobook by Billy Hough and his bandmates in GarageDogs. Billy Hough says: "The original piece 'A Wild Swan' was written as a gift to Michael, due to my incredibly strong reaction to hearing these beautiful stories for the first time. I enlisted the brilliant Lili Taylor to alternate the stories with me, and wrote a series of short pieces of music, for their eventual inclusion on this album. I wanted to use the music to illustrate the tension between the ancient and the modern, much in the same way Michael has done in the stories themselves."

Michael Cunningham writes some of the most beautiful prose in contemporary American fiction. —Wendy Smith, The Daily Beast

Over and over, Taylor and Hough offer up the prettiest rose for us to sniff and at just the right moment, let the thorn prick us. Their pacing is immaculate. —AudioFile Magazine, winner of an Earphones Award

“Modern, wicked, dark and accompanied by original music, these are enhanced by the narrators, who veer between charm and ferociousness.”--Cleveland Plain Dealer