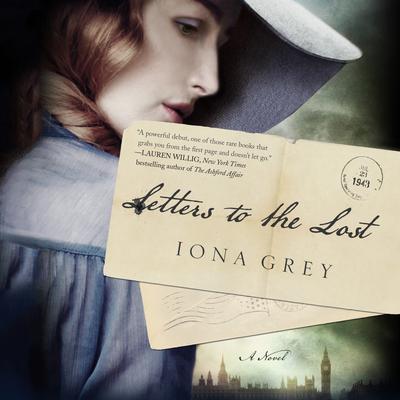 Letters to the Lost (Digital Audiobook)

An accomplished novel from a talented writer, Letters to the Lost is a stunning, emotional love story. Iona Grey's prose is warm, evocative, and immediately engaging; her characters become so real you can't bear to let them go.

I promised to love you forever, in a time when I didn't know if I'd live to see the start of another week. Now it looks like forever is finally running out. I never stopped loving you. I tried, for the sake of my own sanity, but I never even got close, and I never stopped hoping either.

Late on a frozen February evening, a young woman is running through the streets of London. Having fled from her abusive boyfriend and with nowhere to go, Jess stumbles onto a forgotten lane where a small, clearly unlived in old house offers her best chance of shelter for the night. The next morning, a mysterious letter arrives and when she can't help but open it, she finds herself drawn inexorably into the story of two lovers from another time.

In London 1942, Stella meets Dan, a US airman, quite by accident, but there is no denying the impossible, unstoppable attraction that draws them together. Dan is a B-17 pilot flying his bomber into Europe from a British airbase; his odds of survival are one in five. In the midst of such uncertainty, the one thing they hold onto is the letters they write to each other. Fate is unkind and they are separated by decades and continents. In the present, Jess becomes determined to find out what happened to them. Her hope—inspired by a love so powerful it spans a lifetime—will lead her to find a startling redemption in her own life in this powerfully moving novel.