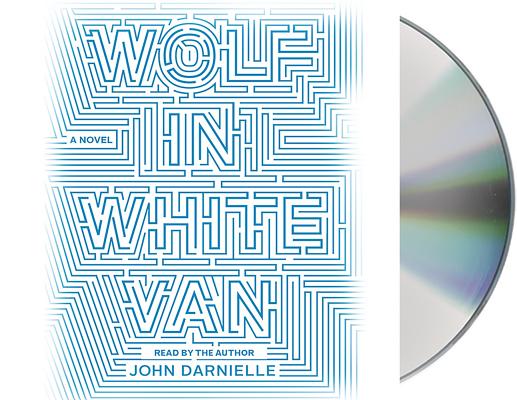 Long-listed for the 2014 National Book Award in fictionWinner of the 2015 Alex Award for adult books with special appeal for young adultsWelcome to Trace Italian, a game of strategy and survival! You may now make your first move. Isolated by a disfiguring injury since the age of seventeen, Sean Phillips crafts imaginary worlds for strangers to play in. From his small apartment in southern California, he orchestrates fantastic adventures where possibilities, both dark and bright, open in the boundaries between the real and the imagined. As the creator of Trace Italian—a text-based, role-playing game played through the mail—Sean guides players from around the world through his intricately imagined terrain, which they navigate and explore, turn by turn, seeking sanctuary in a ravaged, savage future America.
Lance and Carrie are high school students from Florida, explorers of the Trace. But when they take their play into the real world, disaster strikes, and Sean is called to account for it. In the process, he is pulled back through time, tunneling toward the moment of his own self-inflicted departure from the world in which most people live.
Brilliantly constructed, Wolf in White Van unfolds in reverse until we arrive at both the beginning and the climax: the event that has shaped so much of Sean's life. Beautifully written and unexpectedly moving, John Darnielle's audacious and gripping debut novel is a marvel of storytelling brio and genuine literary delicacy.


Praise For Wolf in White Van: A Novel…

“John Darnielle's amazing novel digs into an artist's unspoken fears . . . Like Darnielle's songwriting, the prose is often cryptic and then stunningly clear, microscopically specific and then audaciously grand. The words soothe for sentences at a time, then strike with blunt force.” —Carl Wilson, Slate

“A stunning meditation on the power of escape, and on the cat-and-mouse contest the self plays to deflect its own guilt.” —Ethan Gilsdorf, The New York Times Book Review

“John Darnielle is a great songwriter, tipping light toward every kind of human suffering, and his powers are on full display in Wolf in White Van. The prose lives like Sean's imagination: a breathing, glowing thing. In Darnielle's novel, as in his songs, the monstrously true and unbelievably beautiful press up against one another. Together, they begin to dance.” —Carmen Maria Machado, NPR.org

“Possibly the best novel of the year.” —Chicagoist

“What drives Wolf in White Van is Mr. Darnielle's uncanny sense of what it's like to feel marginalized, an outsider, a freak. He has an instinctive understanding of fetid teenage emotional states and the ‘timelines of meaningless afternoons that ended somewhere big and terrible' . . . [A] strange and involving novel.” —Dwight Garner, The New York Times

“[Wolf in White Van] will back you onto your heels with its capacity for inventiveness in structure, story, and line-writing.” —GQ, The Three Big Novels of the Month, September 2014

“Wolf in White Van is a novel that unspools rather than reads. Told in a tricky, deftly structured reverse chronology, the narrator, Sean Phillips, backtracks to a traumatic teenaged event . . . Darnielle has a masterful way of putting the reader in the position of reverse engineer. . . [His] is an art that spins pain into gold.” —Emily M. Keeler, The Hairpin

“The best rock novel of the year.” —Rolling Stone

“Right up to its tense closing scene, Wolf in White Van is a quietly bracing novel about the power--but also the isolation--of an overactive imagination. Without becoming sentimental or excessively bleak, Darnielle has created an empathetic character study: sustained eye contact with a person from whom most would avert their glance.” —Lindsay Zoladz, Bookforum

“John Darnielle's brain seems like it runs at just a slightly higher RPM than other people's . . . [Wolf in White Van] unfolds like a labyrinthine treasure map, one in which the treasure chest keeps moving but you're careening toward it regardless, and also you're a little scared of what you'll find when you get there.” —Emma Silvers, The San Francisco Bay-Guardian

“Wolf in White Van will provoke you, and interest you, and move you.” —Steve Donoghue, Open Letters Monthly

“One of the most intense reads of the year . . . surreal, emotionally explosive, and often weirdly funny . . . What makes one person wander into a fantasy world and then wander back out again, unscathed, while another is disfigured by it for life? The way that Darnielle forces you to think about these issues, in a variety of situations, will give you chills. Nothing is more terrifying, and more honest, than a story that acknowledges that there is no bright line between guilt and innocence.” —Annalee Newitz, io9

“[A] powerful novel . . . Darnielle layers invisible causation, or mechanisms of denial, or signs of an unstable personality, into the narrative with enviable subtlety . . . An impressive achievement.” —Sam Costello, Full Stop

“A novel is the next logical step for someone who's filled 14 studio albums, 23 EPs, and four compilations with relatable characters, dramatic situations, and recognizably literary themes like spirituality, drug addiction, and more . . . [The reading is] compelling, and leaves little doubt that Wolf in White Van is the work of a real writer, not a well-connected blog star.” —Pitchfork

“Beautifully written psychological fiction for sophisticated readers, with not much else like it out there.” —Robert E. Brown, Library Journal

“If ever a first novel landed with a joyful noise, it's Wolf in White Van, by John Darnielle.” —Publishers Weekly

“A pop culture-infused novel that thoughtfully and nonjudgmentally considers the dark side of nerddom.” —Kirkus Reviews (starred review)

“John Darnielle's novel moves through the mind like a dark-windowed car through a sleepy neighborhood: quiet, mysterious, menacing, taking you places you will never, never get out of your head.” —Daniel Handler

“Wolf in White Van is utterly magnificent. I was surprised and moved and amazed page after page after page. I am talking about audible gasp type stuff, and also deeper, interior gasps of reflection and astonishment and gratitude. This story is a hard and beautiful human puzzle that will be a pleasure to solve and resolve over many readings. And you can quote me on that. Every day. That is all.” —John Hodgman

“I can't remember the last time I so willingly followed a narrator into a frame of mind this splintered. (It helps that he's mostly wry about it.) As you read you waver between suspicions that the world itself is ill-made, and concern that the fundamental fault lies within our very brains. As for the writing, I'd go for anything else Darnielle writes like a shot.” —Helen Oyeyemi, author of Boy, Snow, Bird

“Wolf in White Van is John Darnielle's savage genius gone free range. A meditation on monstrosity, isolation, escape, and transformation, this trance of a novel lures us deep into the labyrinth of one young man's imagination. What we find there is alluring and feral, raw, unflinching and exquisite. Absolutely fucking brilliant.” —Claire Vaye Watkins, author of Battleborn

“I loved everything about this book. Blisteringly authentic--like a garage-made bomb on a slow-burning fuse, or like Darnielle set out to adapt an old Iron Maiden T-shirt as a literary novel and succeeded beyond anyone's wildest dreams.” —Austin Grossman, author of Soon I Will Be Invincible and You

“Wolf in White Van is a testament to the ways in which all of us use imagination to survive, and the ways in which that same imagination can take over our lives until there's little else left. It brings us inside both the reality and the fantasy of day-to-day life in the way that only John Darnielle can. Read this book. You'll never hold another one like it.” —Joseph Fink, creator of Welcome to Night Vale

John Darnielle’s first novel, Wolf in White Van, was a New York Times bestseller, National Book Award nominee, and a finalist for the Los Angeles Times Book Prize for first fiction, and widely hailed as one of the best novels of the year. He is the writer, composer, guitarist, and vocalist for the band the Mountain Goats. He lives in Durham, North Carolina, with his wife and sons.

John Darnielle’s first novel, Wolf in White Van, was a New York Times bestseller, National Book Award nominee, and a finalist for the Los Angeles Times Book Prize for first fiction, and widely hailed as one of the best novels of the year. He is the writer, composer, guitarist, and vocalist for the band the Mountain Goats. He lives in Durham, North Carolina, with his wife and sons.
Loading...
or
Not Currently Available for Direct Purchase